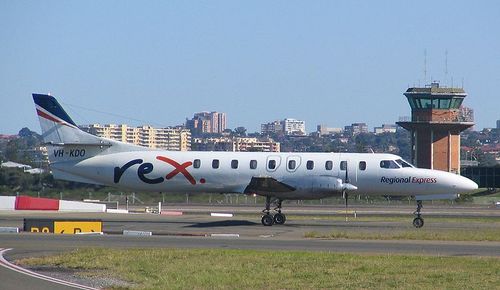 The Fairchild Swearingen Metroliner is a pressurised, twin-turboprop airliner, which has been produced from 1969 to 2001. It was first produced by Swearingen Aircraft, since 1971 by Fairchild. It typically seats 19 passengers with a crew of two. The Metroliner was often used by regional airlines to enter the market. The aircraft is also used for cargo feederliner operations.

This page lists all film that feature a variation of the Fairchild Swearing Metroliner.