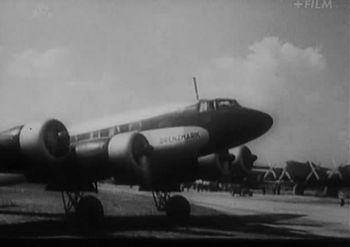 The Focke-Wulf Fw 200 Condor, also known as Kurier to the Allies was a German all-metal four-engine monoplane originally developed by Focke-Wulf as a long-range airliner. A Japanese request for a long-range maritime patrol aircraft led to an upgraded design that would see service with the Luftwaffe as a long-range reconnaissance and anti-shipping/maritime patrol bomber aircraft, as well as a transport aircraft for troops and VIPs. 276 aircraft built.

This page lists all films that feature the Focke-Wulf Fw 200 Condor .