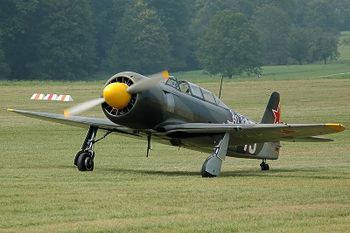 The Yakovlev Yak-11 (NATO reporting name: "Moose", Russian: Як-11) was a trainer aircraft used by the Soviet Air Force and other Soviet-influenced air forces from 1947 until 1962.

This page lists all films that feature the Yakovlev Yak-11.