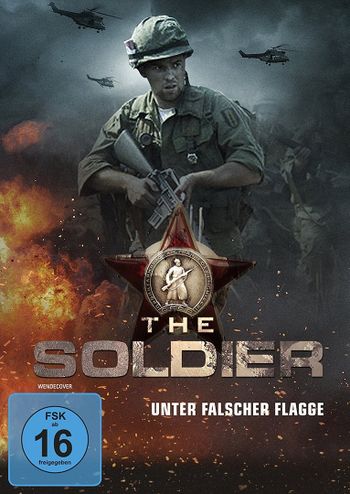 1970. Southeast Asia. Vietnam is divided and engulfed in a civil war. The Soviet Union, tacitly siding with the North, sends military specialists to the Democratic Republic of Vietnam along with military and technical supplies. Among them were special-purpose units, whose representatives were called "trophy troops".

But on the ground, the airframe is a Bell UH-1H :

Wearing the Tactical Air Command badge on the fin, so United States Air Force F-4 C. But the US Star should be at mid-fuselage, not on the air intake.
So McDonnell Douglas F-4B Phantom II of the U.S. Navy (or of the U.S. Marines ?) ? The unit's badge doesn't suit !
In all cases, the underwing US Star is wrong ...