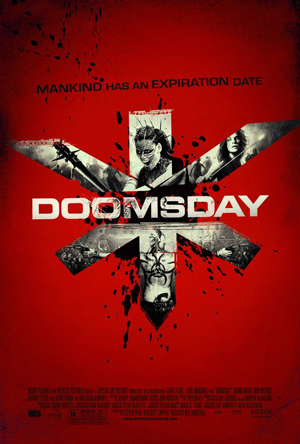 A virus decimates Scotland, causing England to block it off from the rest of the world with a giant wall to contain the infection. Years later, in 2035, evidence surfaces that there are survivors of the plague in Scotland. Prime Minister Hatcher thinks a Scottish scientist named Dr. Kane, who was working on a cure before the country was walled off, may have succeeded. And when the same virus begins decimating England, an elite command team led by Eden Sinclair is dispatched beyond the wall in a desperate gamble to find the scientist.

Used by British soldiers evacuating Scotland at the beginning.

Flies Eden to the wall.