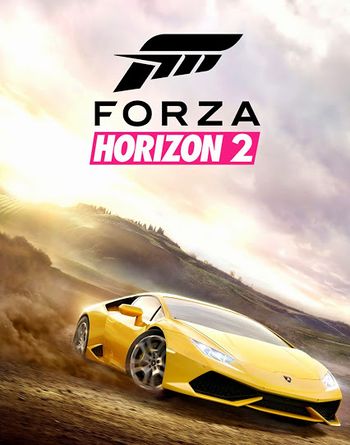 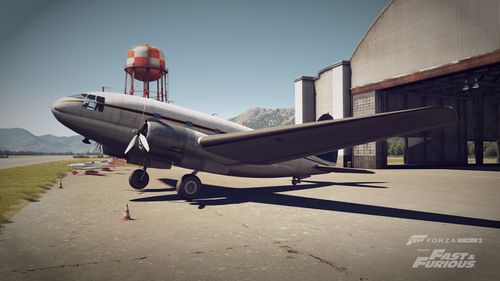 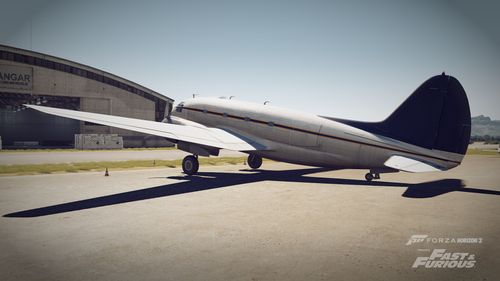 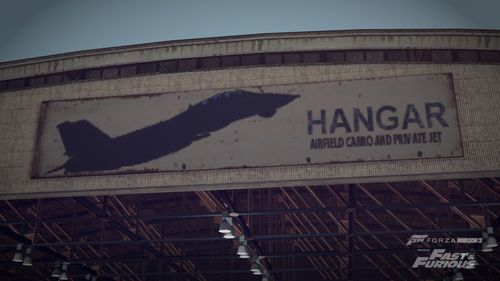 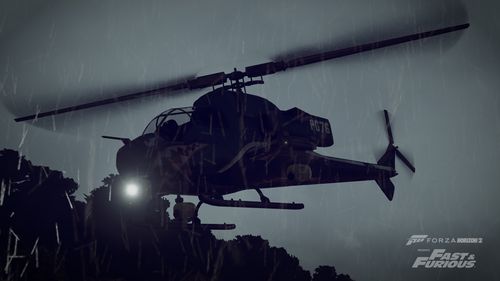 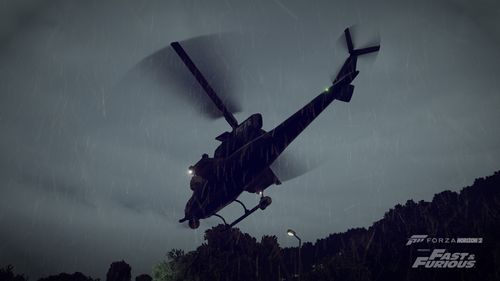 Has a T tail like the Boeing C-17 Globemaster III, a landing gear of an Antonov An-124 Ruslan and the fuselage (but the cockpit) and engines of a Lockheed C-130 Hercules . The livery seems to be based on the Blue Angels' Fat Albert Hercules. 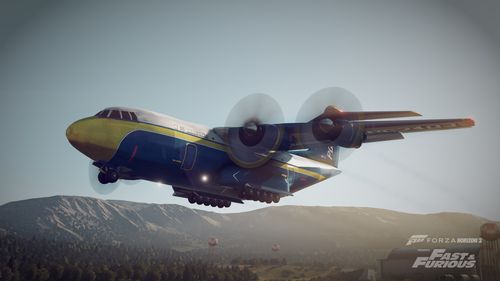 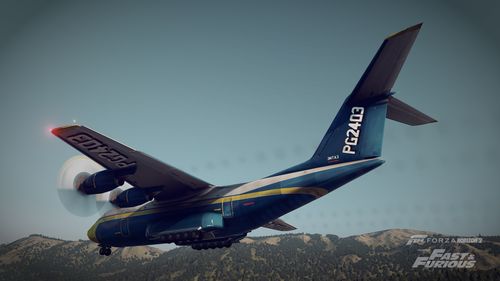 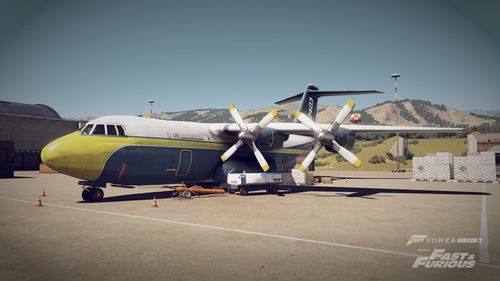 Registration I-PGVT is false.
Fictional Aircraft (?) as general aviation aircraft with winglet are few. We think to some Rutan products but the fixed landing gear and general layout seem from Columbia 400 / Cessna 400 (or TTx Model T240 since 2013). The four blade propeller, too, is uncommon as like as the full vision canopy (found on the Rutan VariEz for a two seat in tandem, not a three seat like this). 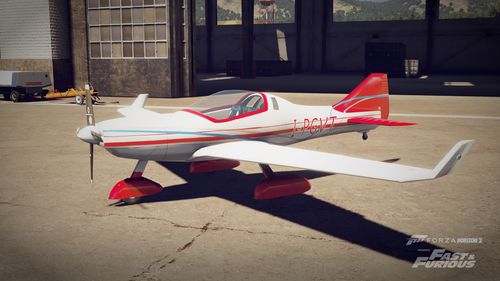