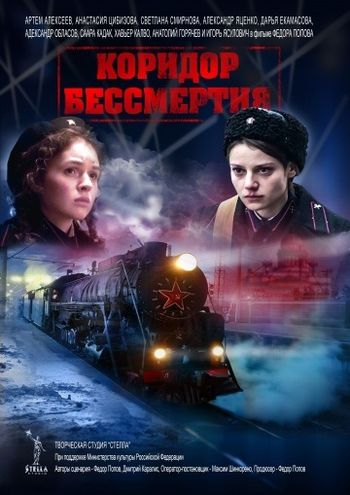 January 1943  : as soon as Soviet troops of Leningrad and Volkhov fronts overcame the ring of blockade, the building of a 33 km long railway along the southern border of Lake Lagoda and via Shlisselburg started. The goal was reached in only 17 days despite workers were always under German fire. Masha Yablochkina is a schoolgirl from Leningrad sent to the construction of this Shlisselburg Railway. And now the first train piloted by Atyom will try to break through the blockade.

Messerschmitt Bf 109 G6/R6 with Gruppenkommandeur markings and II Gruppe horizontal bar ... but without winter (white) paint. Such heavy armament was more usual among units fighting against heavy bombers on the Western Front.

Reg. N45501 is visible just a second on this C-47 but this regstration was linked to a former DC-6 and -during the 1990's- to an Air Tractor AT-401.
Here acting a Douglas C-47 Skytrain pressed into Soviet service from the Lend-Lease ... or a licenced-built Lisunov Li-2 (which was different by the lack of the cargo door here visible).