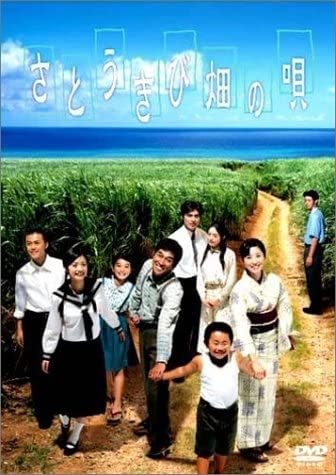 Hirayama Koichi and his wife Michiko eloped from Osaka to Okinawa, where they lived happily with their five children. When war erupts, their eldest son is drafted into the Imperial army. As fighting spreads, the family takes refuge far from the city, but soon, child after child is drafted to serve in various branches of the military and in organizations supporting the war cause. Koichi himself is faced with a moral dilemma when he is ordered to kill a wounded American soldier.

Appears as the average American bringer of doom as it does CAS attacks and strafing runs on the Hirayama family (among others) throughout the show's runtime. 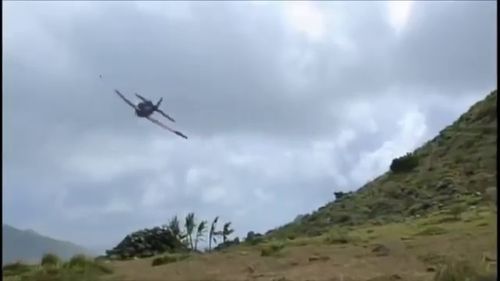 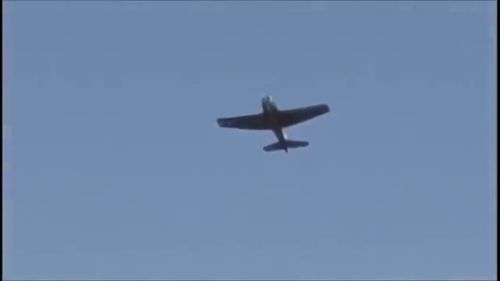 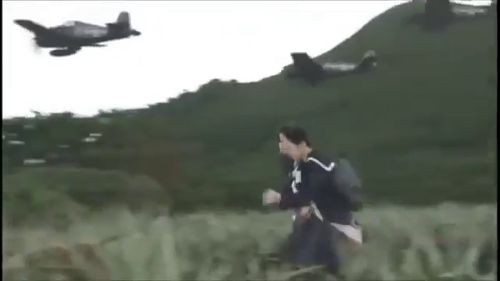 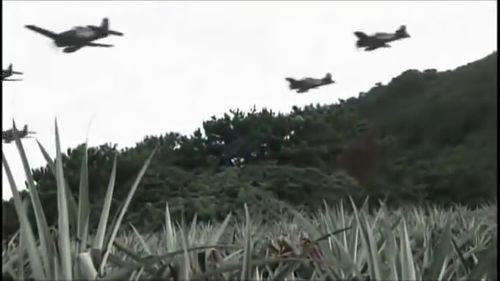 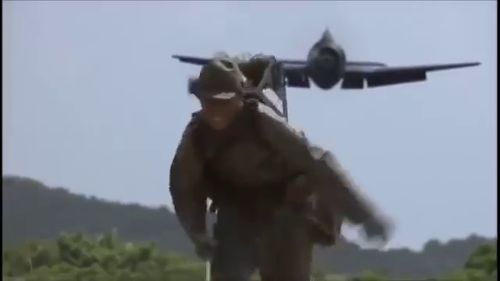