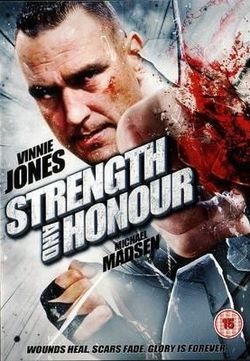 When Irish-American boxer Sean Kelleher kills his best friend in the ring he vows never to fight again. However, now seven years later his son is diagnosed with the same congenital heart condition that felled his friend. An operation can save him but Sean lacks the money to have this done. To raise the money he takes part in a boxing tournament and has to fight the fearsome Smasher O'Driscoll - six times winner of the tournament - to win.

Seen at the end of the movie.