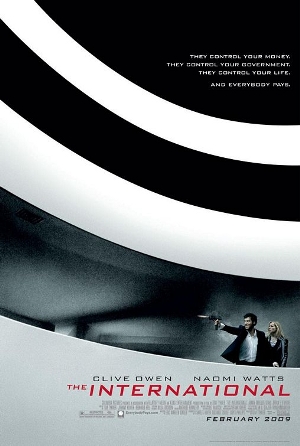 Theatrical release poster for The International.


Interpol agent Louis Salinger has been tracking the exploits of a powerful bank and the people behind it, responsible for facilitating acts of terrorism through illicit arms deals, but everytime he gets close a crucial witness or piece of evidence gets eradicated. He and his partners realise the only way to win is to fight back and force them to come out of the woodwork.