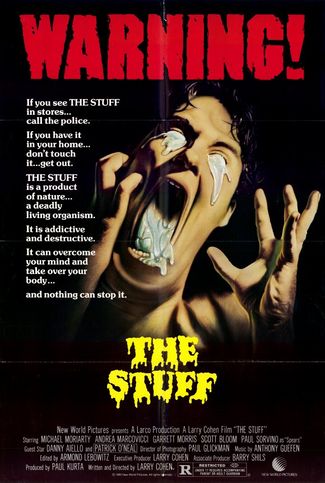 A new yogurt-like desert called "the Stuff" is actually a sentient organism that slowly consumes its host from within, causing them to crave more and more of "the Stuff."

Rutherford, Jason and Nicole fly to Georgia in this private jet. Stuff-possessed people flood the plane with Stuff, engulfing the pilot. Registration is either N5509 or N5508; the last number is difficult to make out. 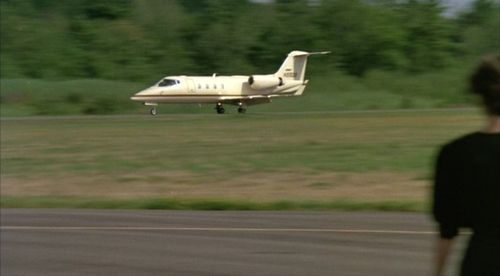 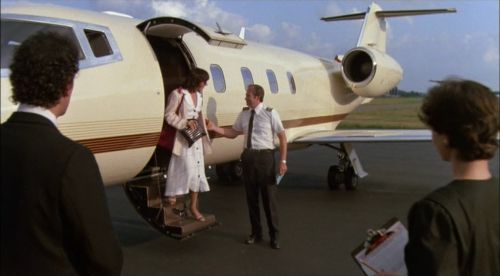 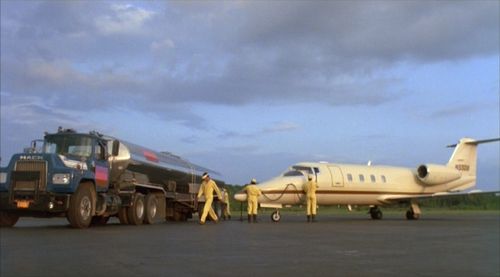 Colonel Spears' plane. Registration N88572 is not assigned, but the aircraft is a Cessna 414A Chancellor, improved and streched version of the 414, produced since 1978; 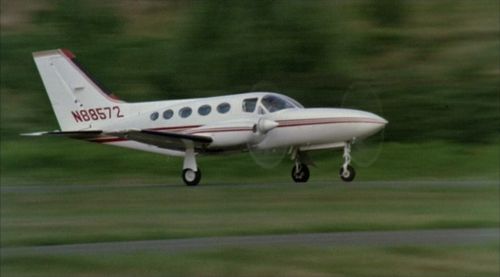 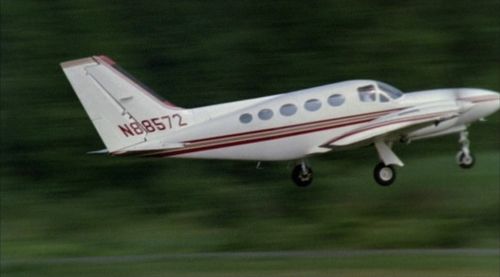 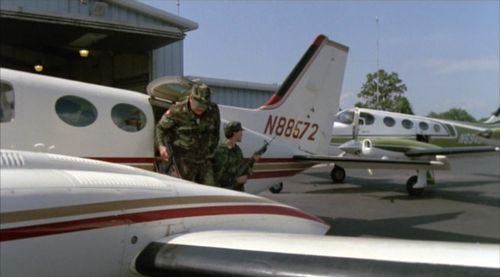 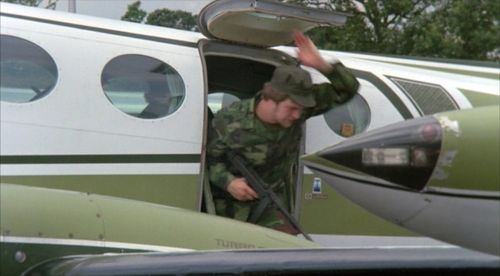 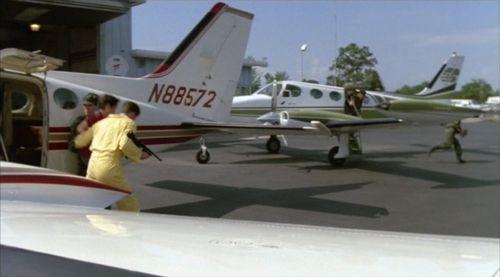 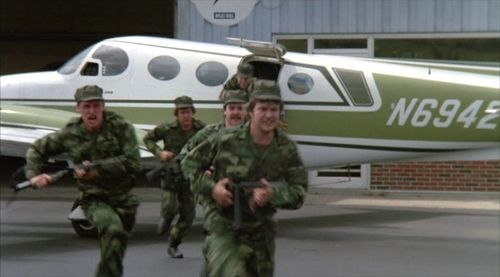