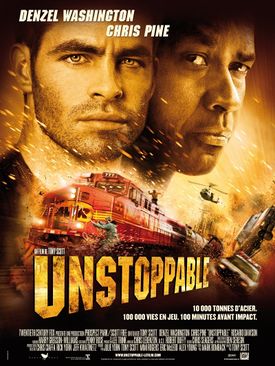 An out of control train barrels through Pennsylvania after its engineer accidentally leaves the throttle one when getting out to switch the track. Carrying several tons of toxic molten phenol, should it crash it will cause thousands of deaths. It's up to heroic engineer Frank and his rookie conductor Will, in another train coming the other way, to try and stop the seemingly unstoppable.

News helicopter. Seen throughout the movie following the runaway train. Supposedly of WXQT TV in Pittsburgh, its news station livery is false and it was provided for the film by Helinet Aviation. Reg. N324V, Serial 2874.

Another helicopter tailing the out of control train. In false State Trooper livery. Also provided for the movie by Helinet. Reg. N67TV, Serial 2859. Also seen in other movies at IMPDb: Frequently Seen Aircraft.

Mediflite helicopter. Used to try and lower a Marine rescue trooper onto the train, with disastrous results. Livery is false, as the helicopter is privately owned. Reg. N19CF, Serial 5628.