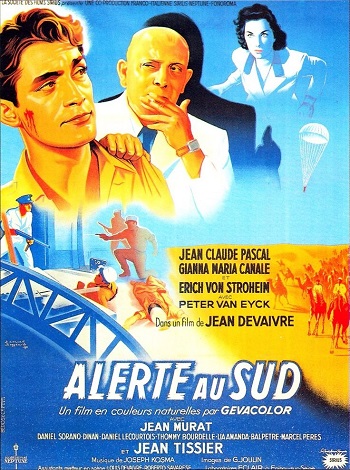 When one of two Foreign Legion officers is killed after witnessing a secret experiment on a death ray (capable of shooting down aircraft) in southern Morocco, the other gets vengeance by infiltrating the organization responsible. 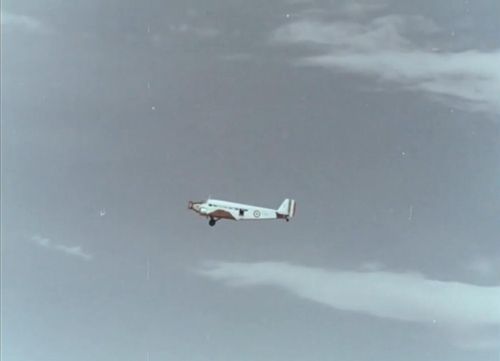 Despite wearing a USAF-formatted buzz number TR-348, this T-33 is from Armée de l'Air (French Air Force) as did some in North Africa. Read the Discussion tab. 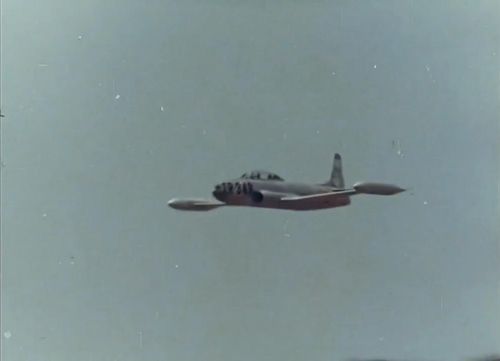 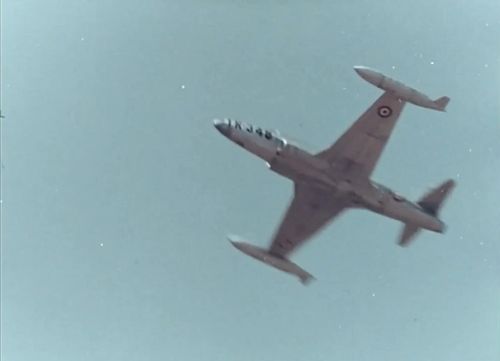 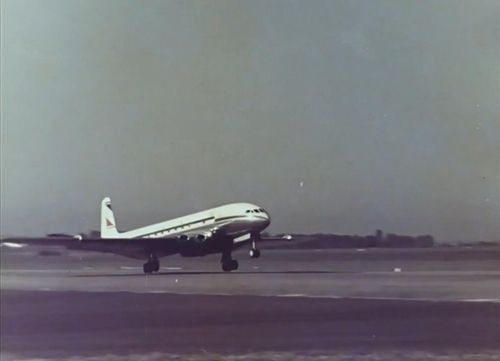 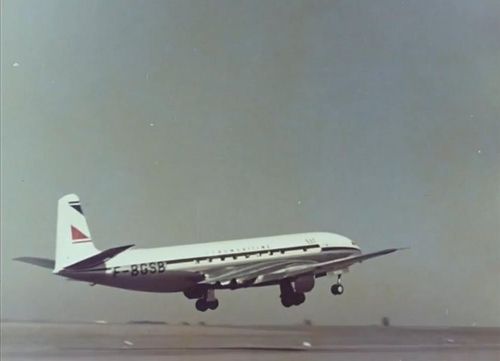 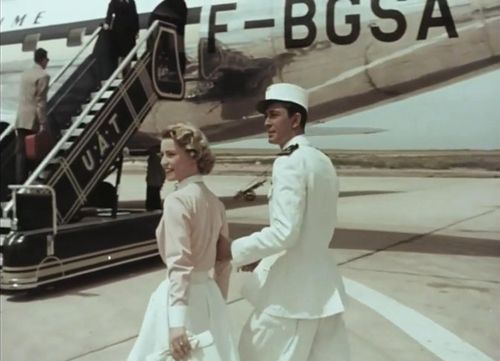 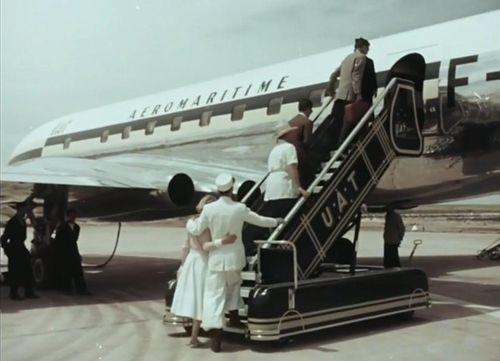 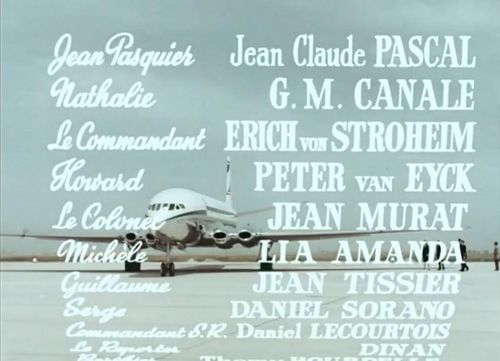 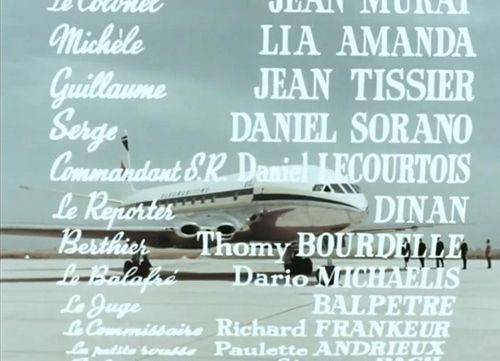 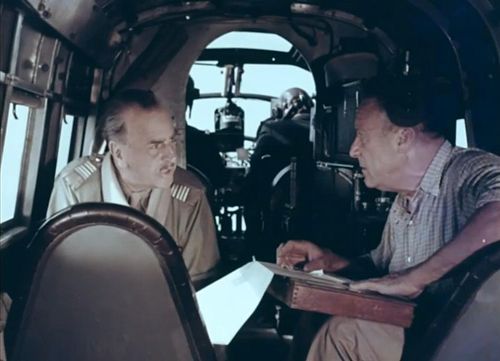 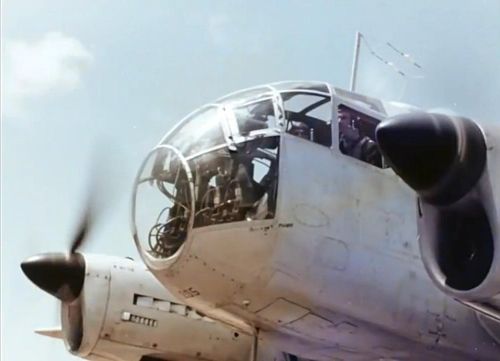 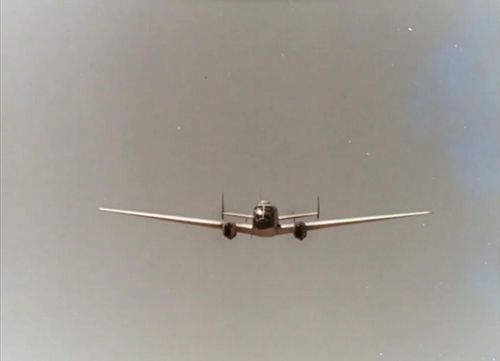 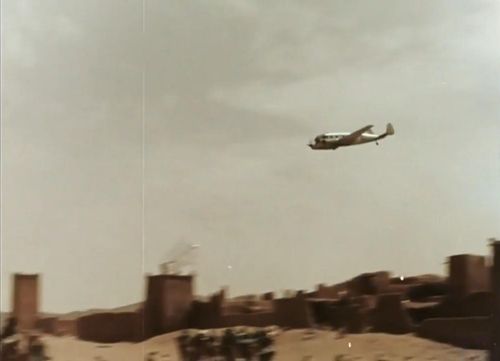 Most likely an Armée de l'Air trainer based in Morocco. 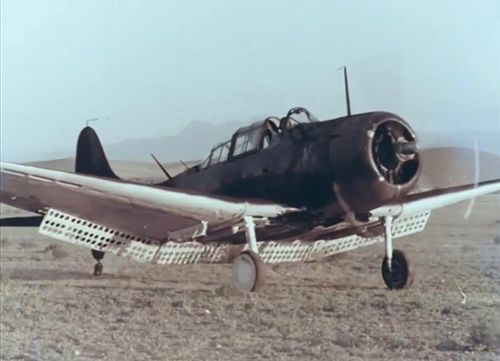 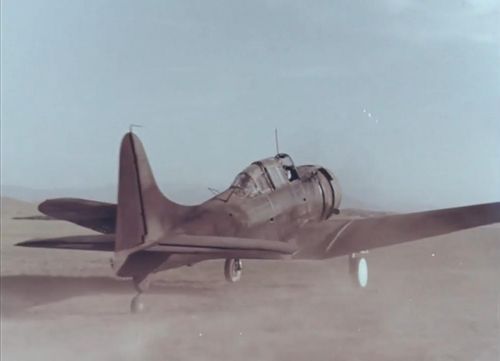 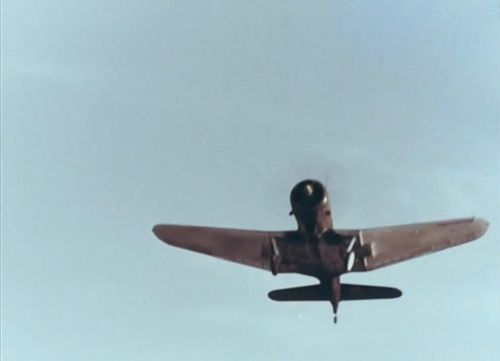 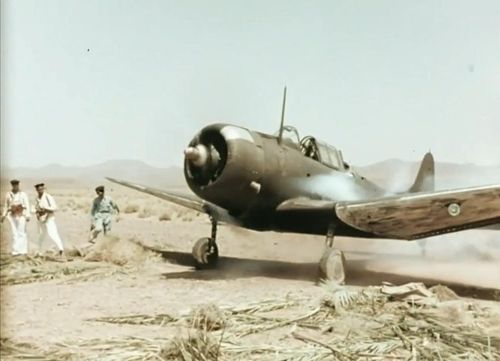 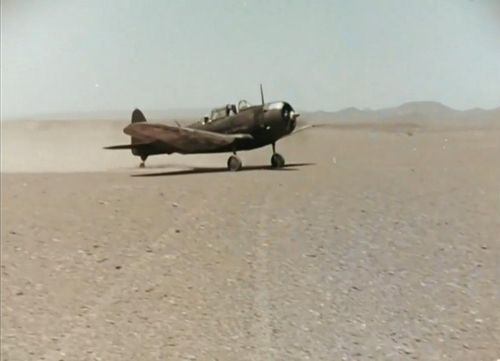