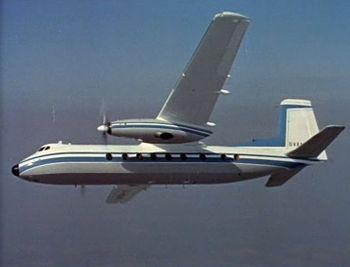 The Handley Page Dart Herald was a 1950s British turboprop passenger aircraft, intended to replace the venerable Douglas DC-3, particularly in third-world countries. At almost the same time, the Dutch company Fokker launched the F27 Friendship for the same market. The prototype HPR.3 Herald was built with four Alvis Leonides engines, but the series was fitted with 2 Rolls-Royce Dart engines and a seating capacity increased up to 56 seats. Only 50 aircraft were built, far from the comparable aircraft F27 or An-24.

This page lists all films that feature the Handley Page Dart Herald.