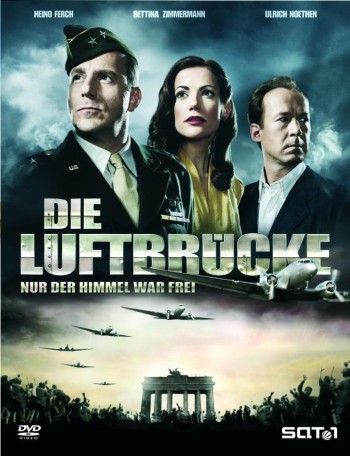 What should be a historical film is primarily a love story against the backdrop of the airlift... pretty distorted. Have you ever seen a pilot smoking in a shed pedant maintenance? In this movie, yes!

Some Douglas C-54 Skymaster are seen through archive footage but most of the time, that's only through CGI. Here are two screenshots from News archives footage. 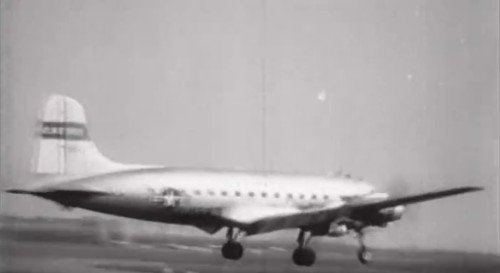 The next one is about the first accident which occured on 28 July 1948. 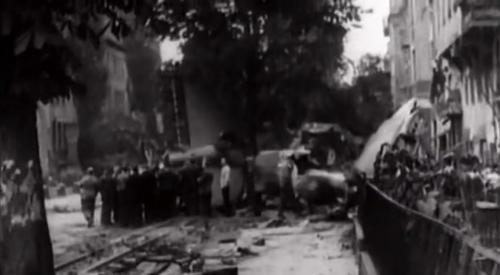 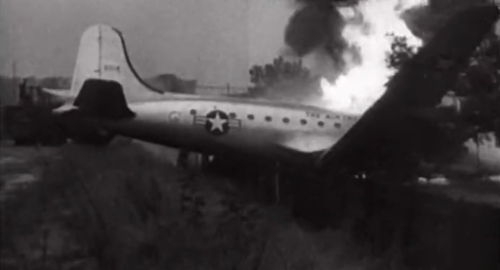 Seen only one time through this archive footage. 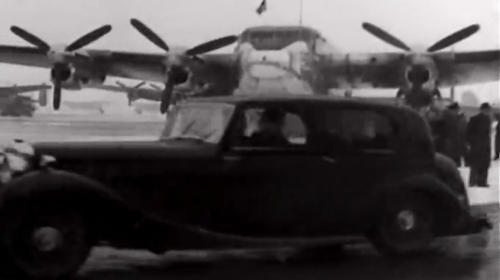 The Douglas C-47 Skytrain is the main aircraft seen throughout this TV movie. Sometimes from archives footage.Same aircraft seen in other movies - IMPDb: Frequently Seen Aircraft at (Flughafen Berlin-Tempelhof). 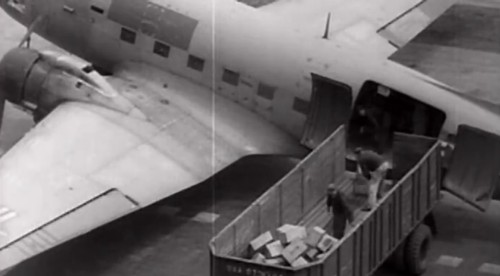 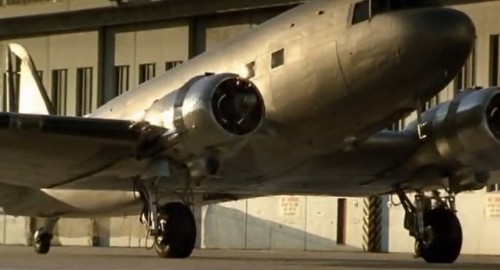 but often, it's CG images... sometimes with excess. At a point that we even regret that such a technology exists ! 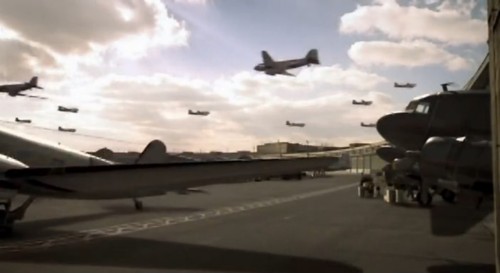 Douglas C-47B Skytrain c/n 16800/33548 was born and first identify as 44-77216 but quickly sent to the RAF where it was known as Dakota IV KP246. Used as commercial airliner by Dan-Air London under the registration G-AMSU between May 1953 and March 1968. Given as scrapped in 1972, it seems its last fate was this crash action (look at the discussion tab).
In fact, the air collision and approach and runway sliding are computer CGI shots. Only the motionless view and explosion are filmed with former G-AMSU. 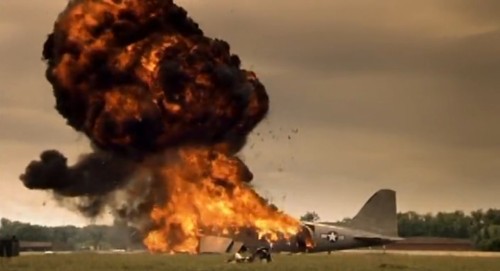 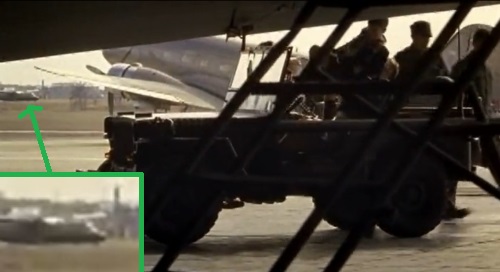 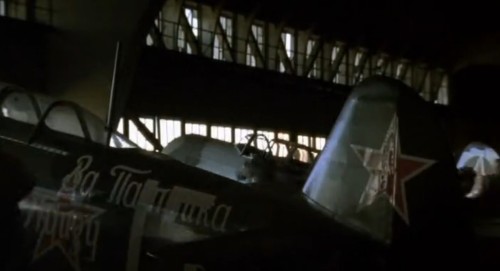 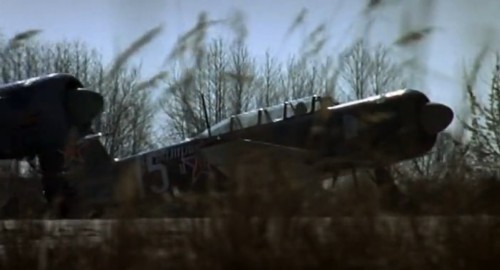 Please, look at the discussion tab. 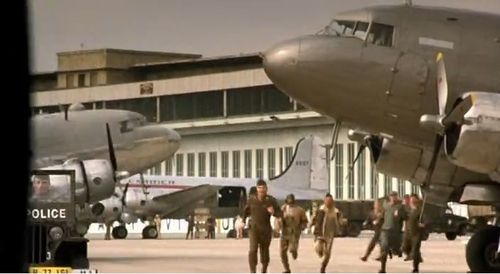