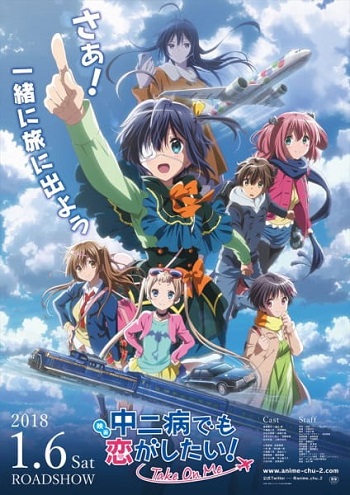 Rikka is now a third-year student, but she still has "chūnibyō" syndrome. University entrance exams loom on the horizon, and it's spring break, and Yūta and Rikka are together as usual. One day, Rikka's older sister Tōka declares that she's going to take Rikka to Italy with her, as Tōka is moving to Italy for work and she thinks they should move together as a family. Yūta understands Tōka's opinion, but thinks that at this rate he and Rikka will be separated. Shinka and the other members suggest that Yūta and Rikka should "elope," and thus sets the stage for Yūta and Rikka's travels throughout Japan in their escape drama.

Hovering over a Blue Ridge-class command ship in this poster. 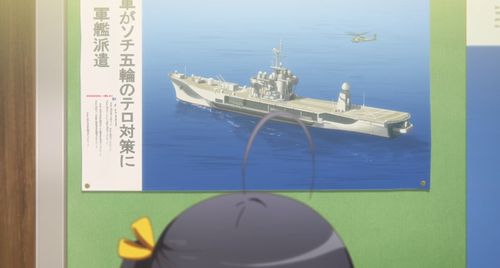 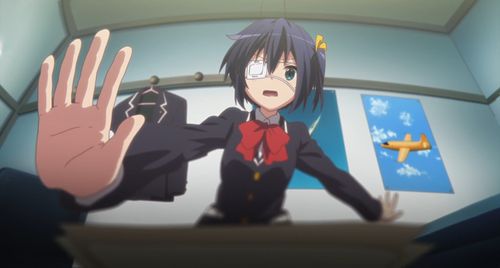 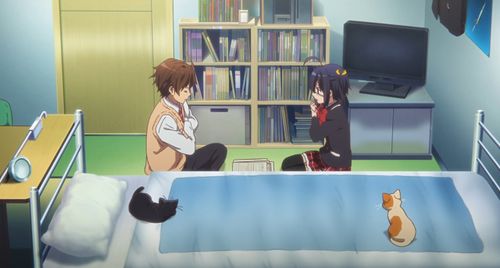 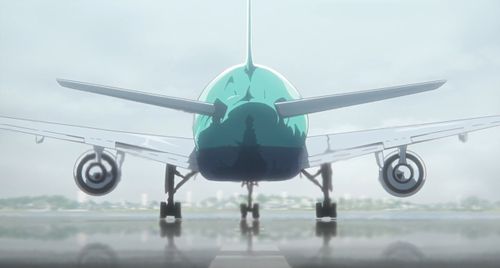 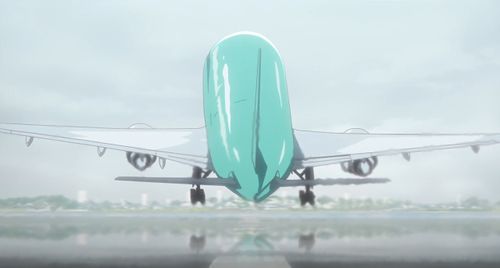 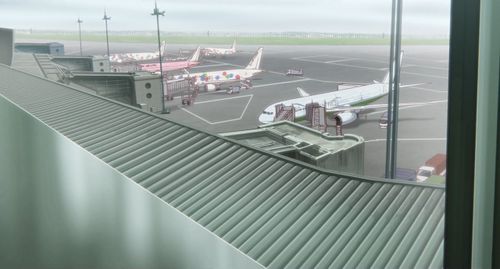 Fake airline Supreme Air, and code 113 on the wheel well doesn't seem to correspond to any real 737. At Haneda Airport (HND/RJTT). 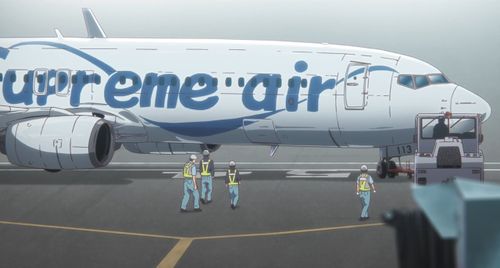 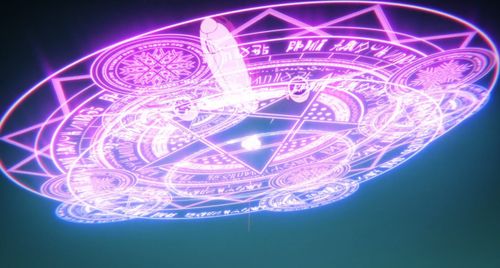 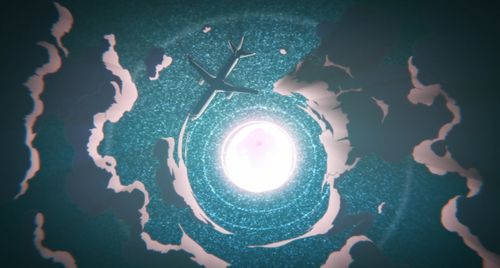 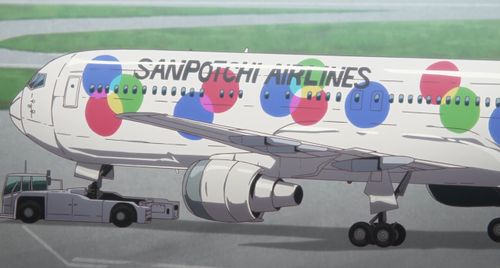 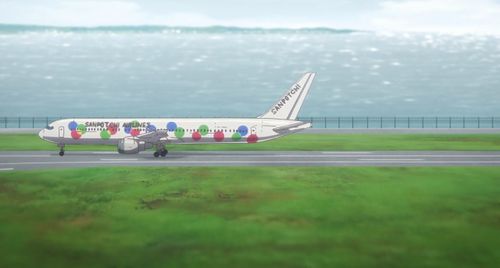 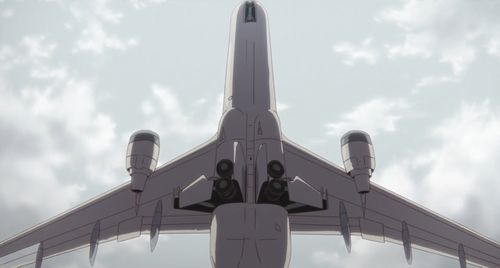 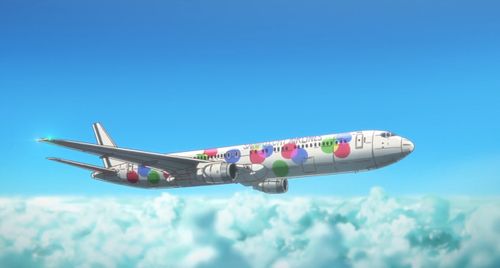 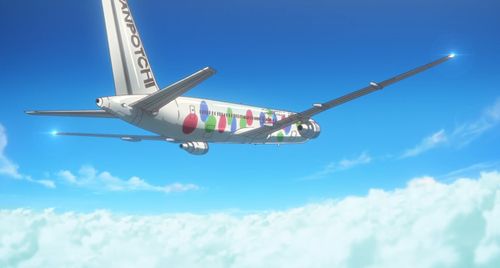 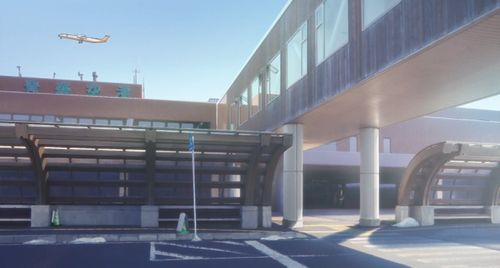 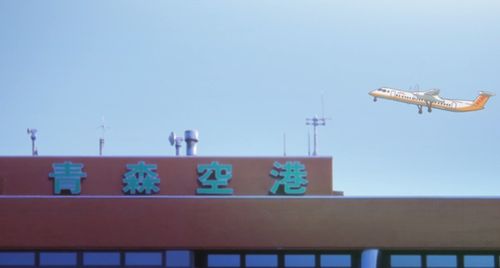 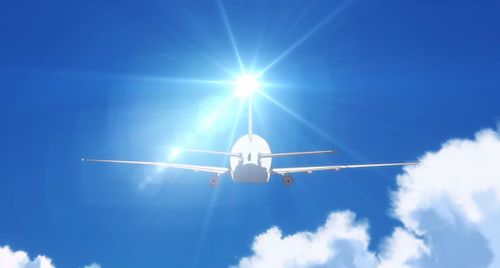