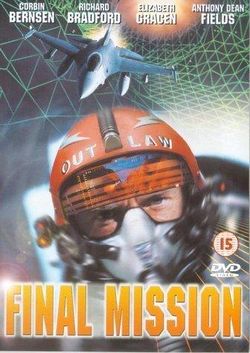 
A pilot suspects there is a conspiracy at work when two of his colleagues in a military project involving virtual reality die in the flight simulator. 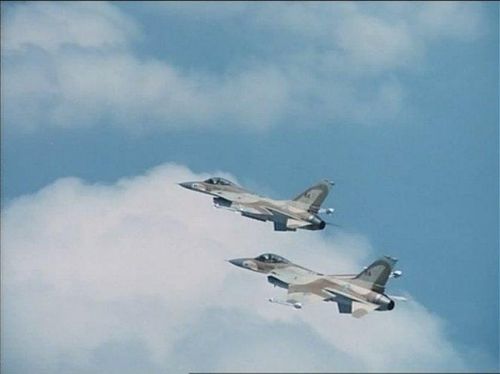 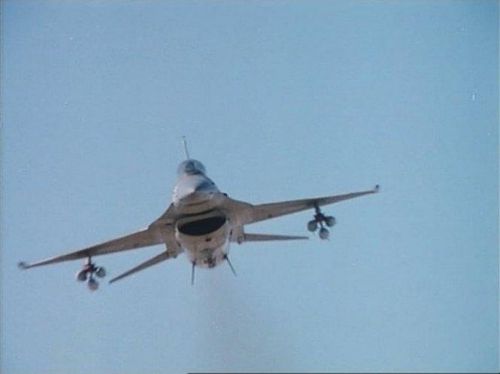 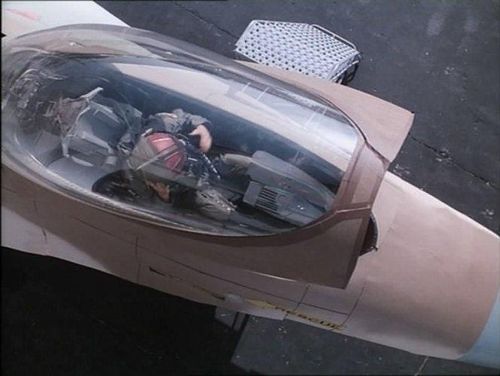 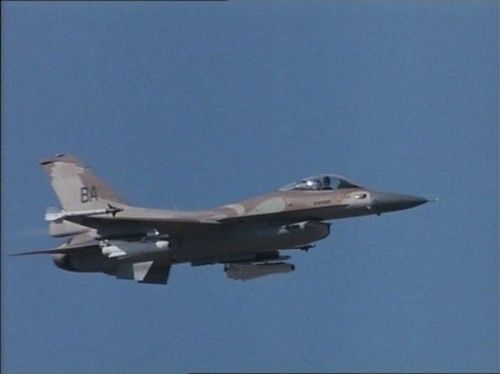 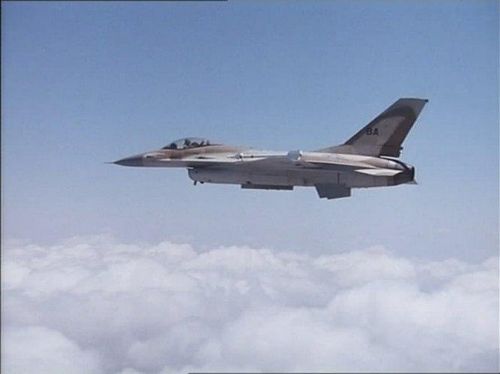 Described as Mirage but looks more like Israeli Kfir. 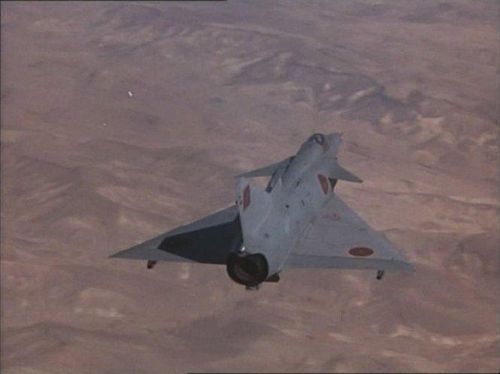 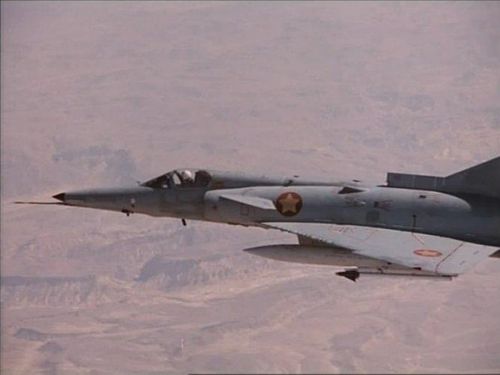 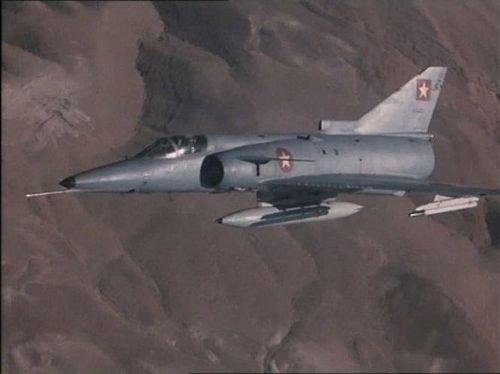 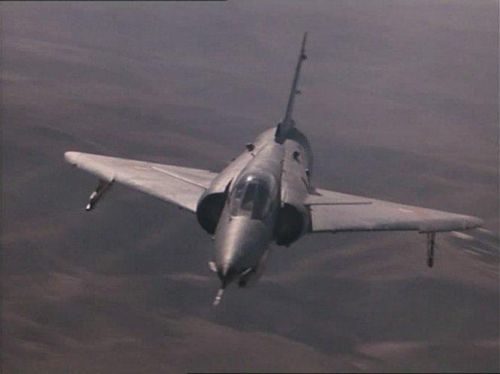 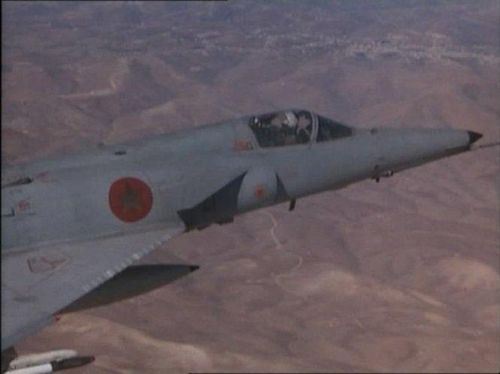 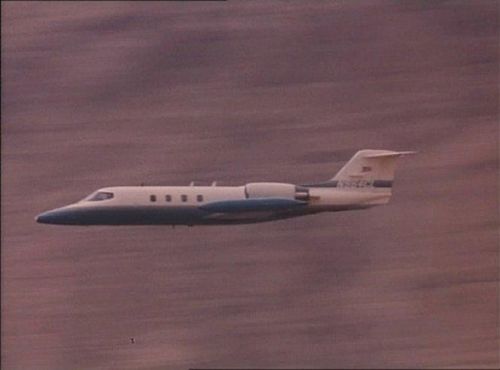 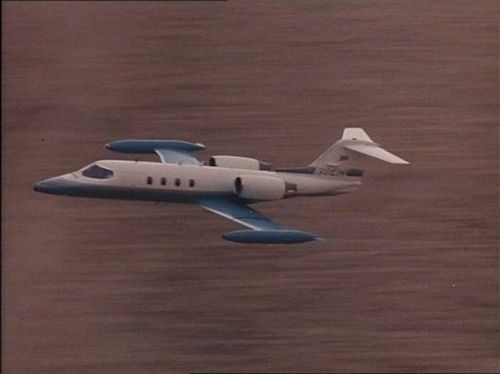 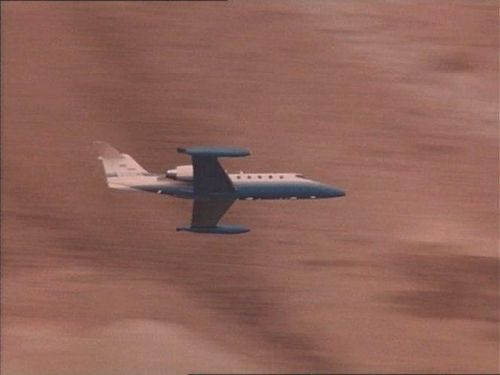 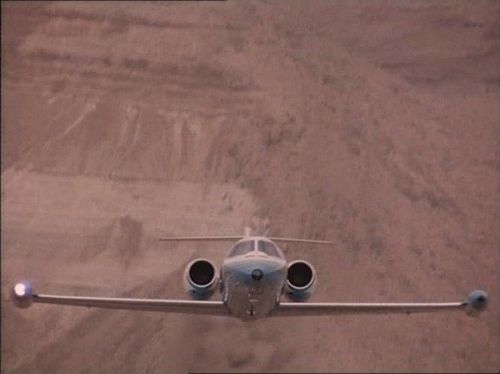 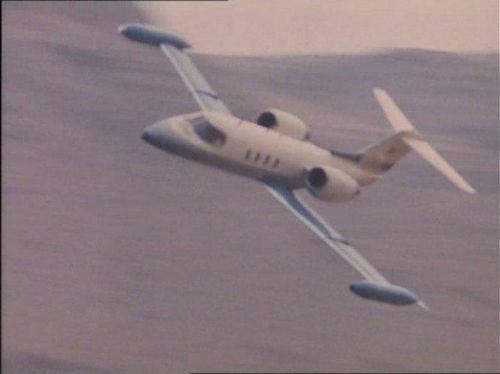 Seen on the parking of Nellis AFB, Lockheed Martin F-16 Fighting Falcon at left, a single Fairchild-Republic A-10 Thunderbolt II in the center and McDonnell Douglas F-4F Phantom II on the following row. 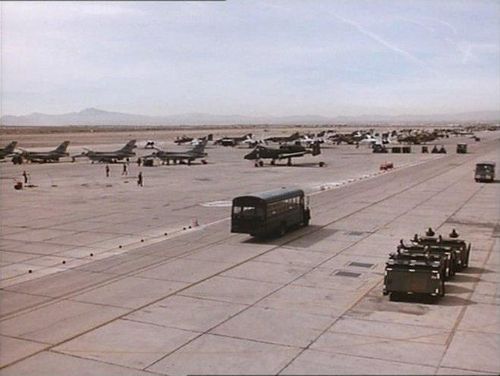