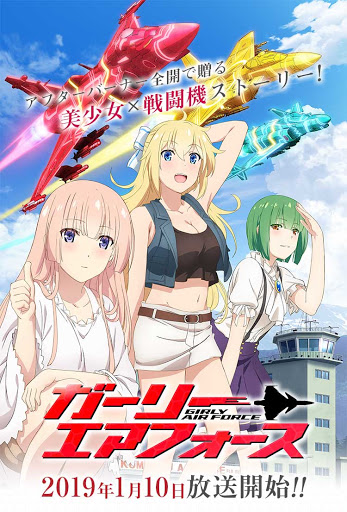 Kei Narutani and his childhood friend, Song Minghua, are Chinese refugees who are fleeing from the Zai, a mysterious organization that indiscriminately terrorizes their country and its people. Fortunately, during their escape to Japan, they are saved by a strange red aircraft.

Kei's fascination with this aircraft leads him to meet his savior: a girl who is an "Anima"—the pilot of a unique type of airplane called a "Daughter." The girl goes by Gripen, an adorable JAS-39F fighter aircraft. Kei develops a bond with Gripen and is then recruited by the Japan Self-Defense Force to help Gripen overcome her troubles with flying.

Later joined by Eagle, a carefree F-15J-ANM, and Phantom, a proud RF-4EJ-ANM, the squadron takes up arms, determined to protect humanity. Together, the five individuals battle against the invasive Zai, forming the last line of defense against the threatening alien force.

Of the Daughters that appear in this series, The Gripen, Eagle, and the Phantom appear throughout the series, with their Animas being the heroines of the story. 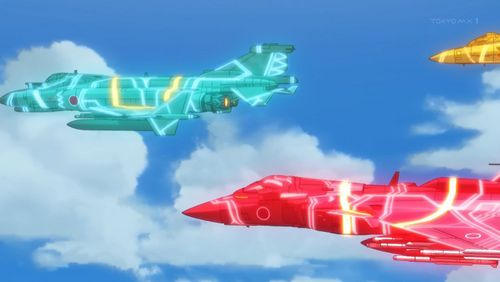 The three main Animas flying in formation (from Episode 7) 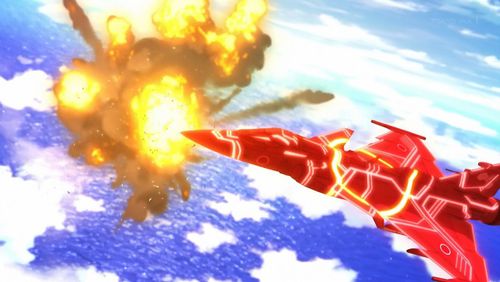 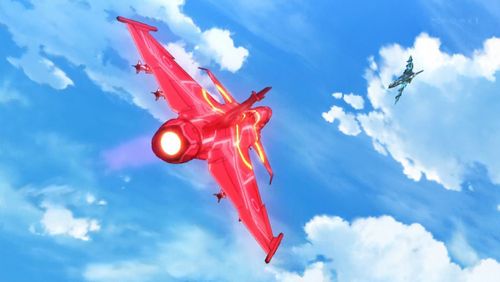 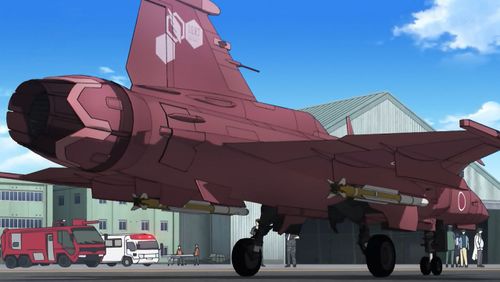 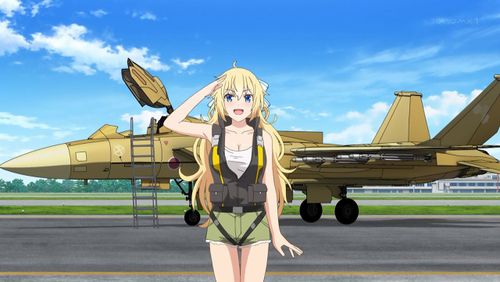 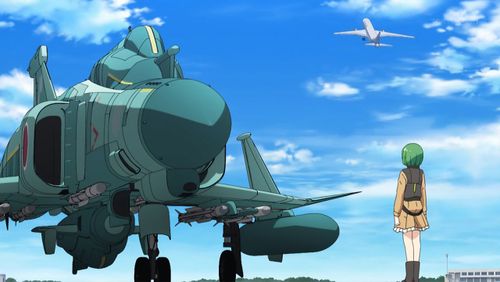 The only American Anima to make an appearance. She is briefly teased in Episode 8 before being formally introduced in Episode 10. 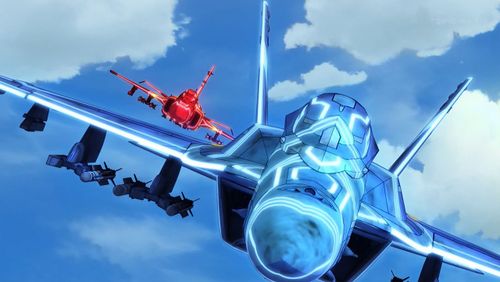 Aircrafts which are not operated by the Anima units

Used as a generic passenger airliner in several instances 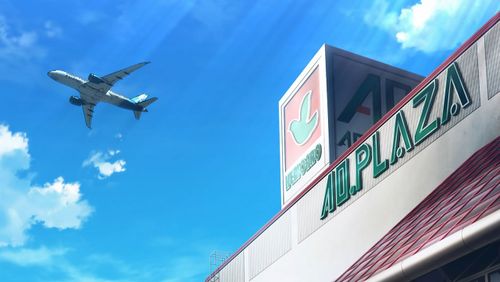 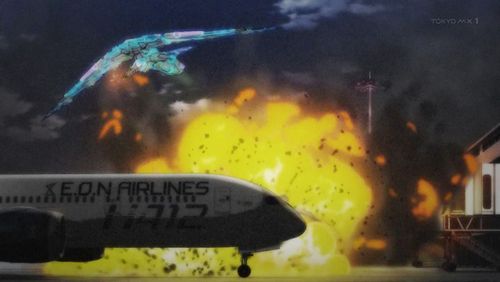 Episode 9 Unphysical Layer
BuNo 155807, c/n 3094. Used in an establishing shot for NAF Atsugi, which is where this Phantom is on static display. 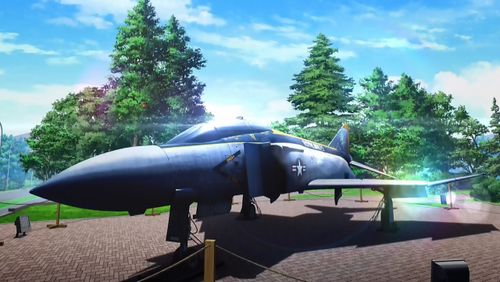 Episode 10 Shanghai Dakkan Sakusen
Seen with the Anima version in the hangar of the USS Gerald R Ford. 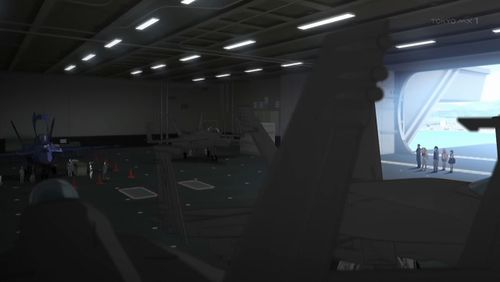 Episode 1 Crimson Wings
This MiG-21 is briefly shown attempting to cover the evacuation ship Narutani and Song was on before being shot down by a Zai. It is unclear if this Fishbed belongs to the PLAAF (despite said ship was departing Shanghai) due to the lack of markings. 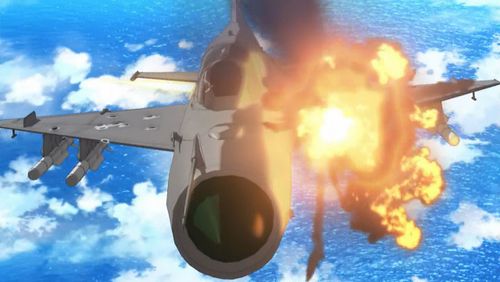 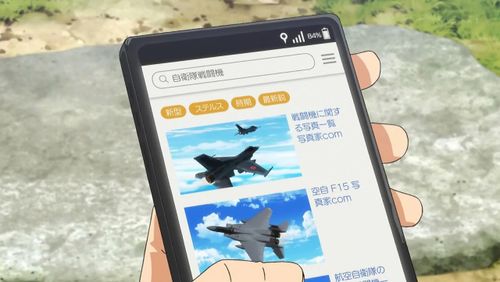 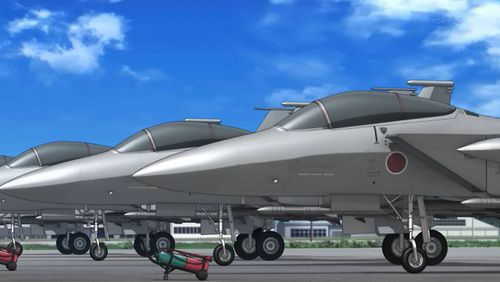 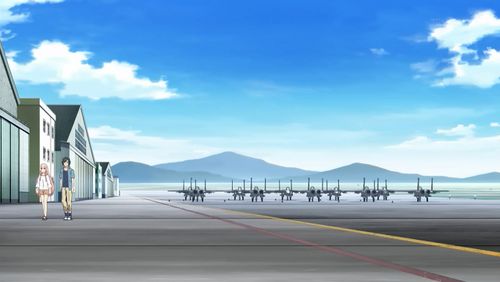 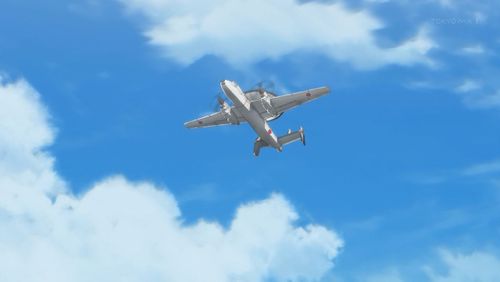 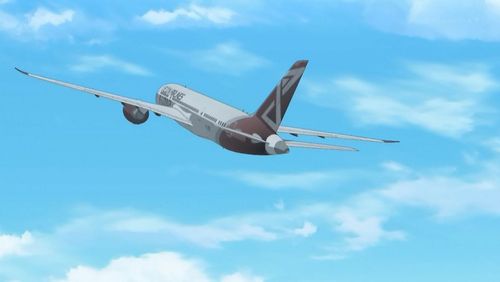 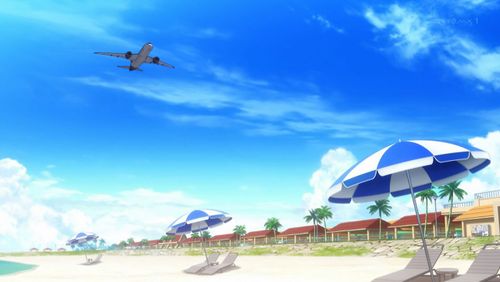 Episode 2 Komatsu Rendezvous Kei Narutani's mother was a professional pilot performing in Air Shows in China before being shot down by a Zai. 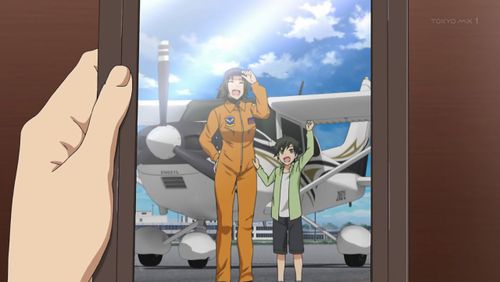 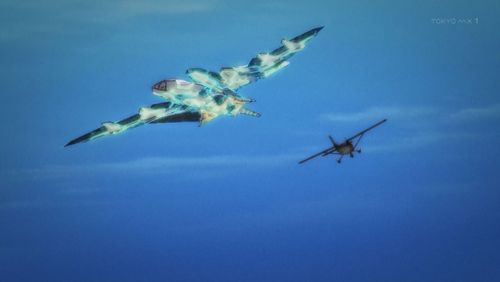 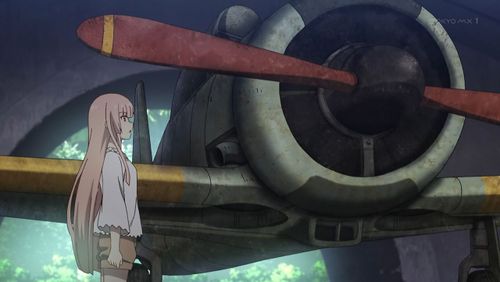 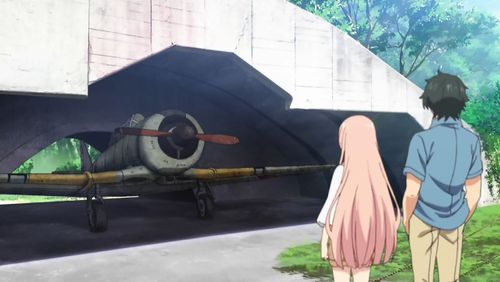 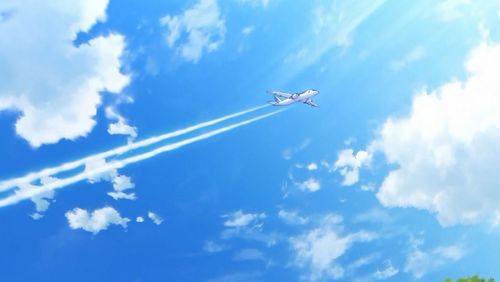 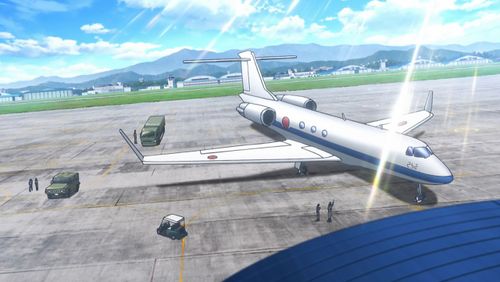 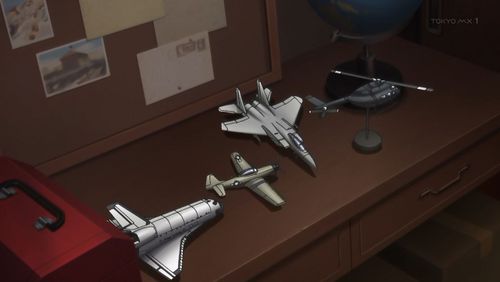 The NASA Space Shuttle, a P-51D, a McDonnell Douglas F-15 and a generic helicopter is visible