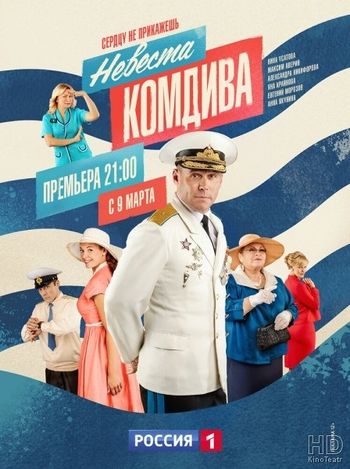 Action set in 1977. The Sukhoi Su-24 was then brand new, having entered service less than three years ago. But the main subject is the Commander Kuzin and all the big and small things worrying a flying unit commander : discipline, love and ambitions.

Action set among a flying unit of the Black Sea Fleet with the main caracter being the Commander and one of the most supporting role being this young talented pilot (Chukin) but too much in love.
At least serial White 23, 30, 32, 33, 44 and 46 are seen, some on flying machines, some on decommissioned airframes.
Episode One : 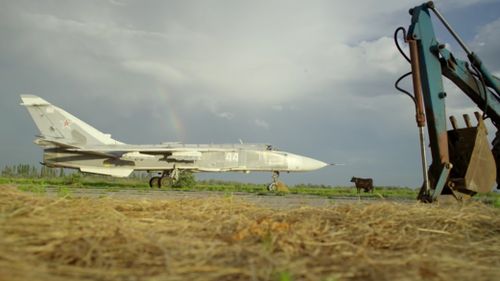 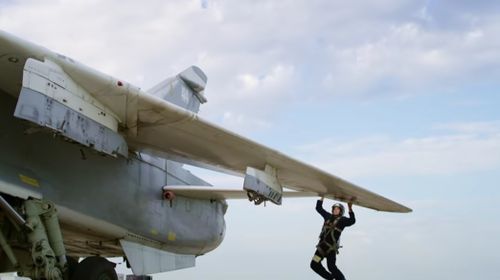 How boarding your plane once you (secretly) met your fiancée on inhabited spare airfield during a training flight ... 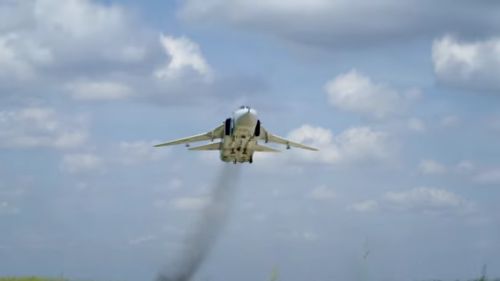 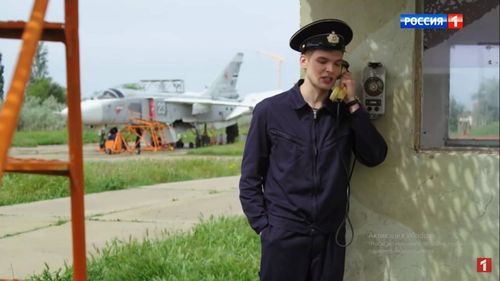 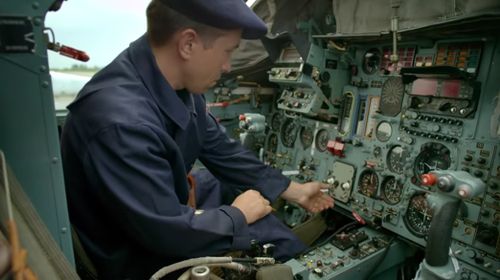 Continuity error : serial 32 and 46 are seen taxiing without tanks then taking off with and once in the air, again without tanks. Performing aerobatics in a flight of four (still without) but carrying tanks when an engine's fire breaks out ... 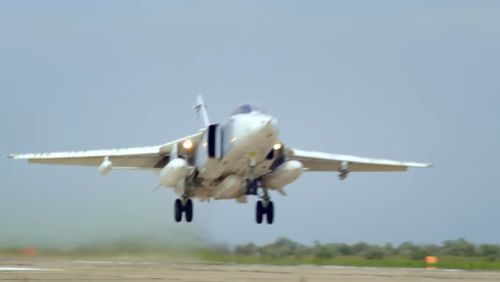 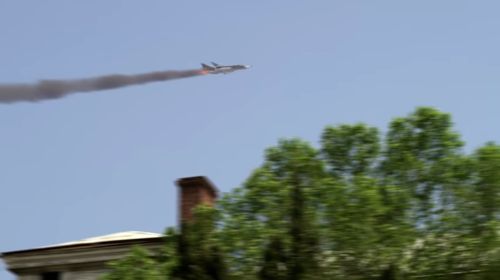 Episode Five :
Desk model seen when the Commander Kuzin is studying a map. 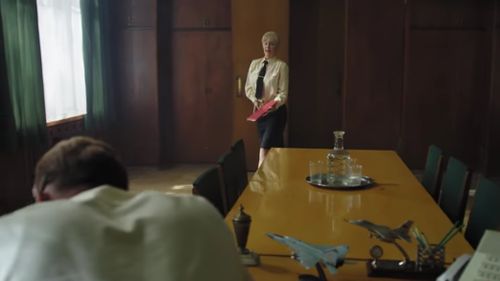 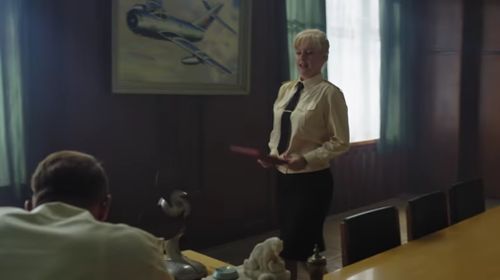 Episode Eight :
Guessed behind the mechanics, the port float then the fuselage without the turboprop engines of a Beriev Be-12. 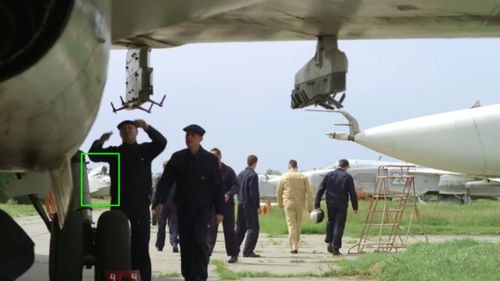 Episode Eight :
(right border) One of the four Antonov An-140 of the Russian Naval Aviation. Of course anachronistic as the type's maiden flight was on 1997 ! 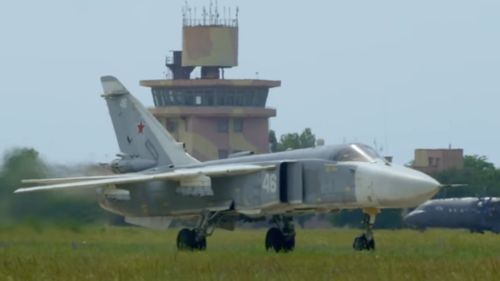