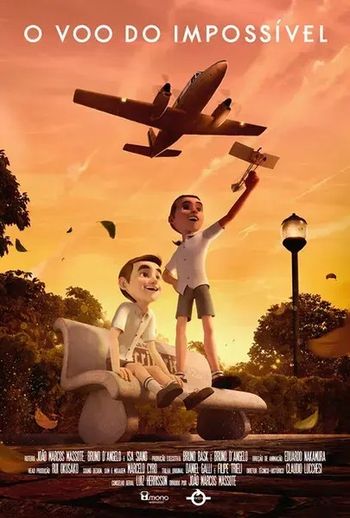 'The Flight of the Impossible' is produced by Embraer to celebrate the 90th birthday of engineer Ozires Silva, one of the greatest icons of the Brazilian aeronautical industry. World premiere on January the 8th as a gift to this great man.

French aeronautical engineer founder of an aircraft manufacturer (later Reims Aviation) with some of its achievement on the wall : near the red Mercedes-Benz 300 SL Roadster, Max Holste MH.1521M Broussard (YE is c/n 6 with registration moving in 2009 from F-GGCN to HB-RSL)
(bottom row, left to right) Max Holste MH.52 / MH 260 Super-Broussard / MH 1521 C Broussard.

Project released in May 2018 for a first flight scheduled in 2020 (but postponed). For four passengers.