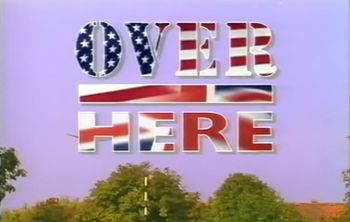 May 1942 : the first Flying Fortress are arriving on the British soil ... US and British airmen must learn to work (and live !) together ...

Supermarine Spitfire Mk.IXc G-ASJV serial MH434, the only one seen flying. Seen with her usual code ZD-B and later in flight with WO-A.
Same aircraft in other movies at IMPDb: Frequently Seen Aircraft (Military Fixed-Wing). 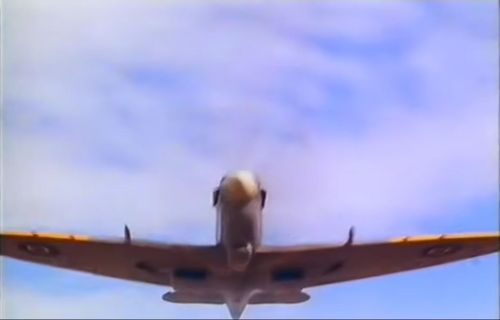 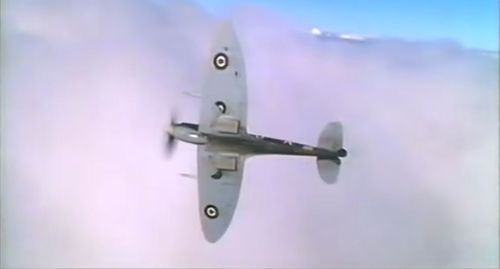 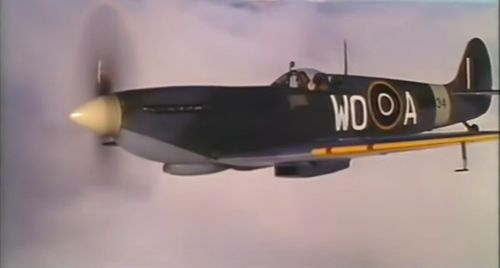 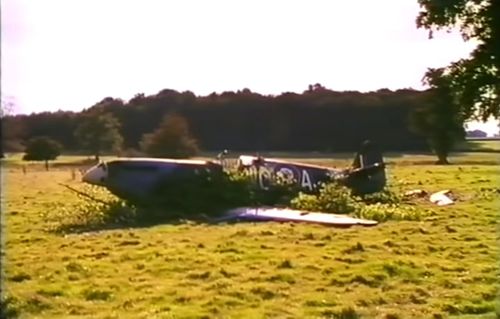 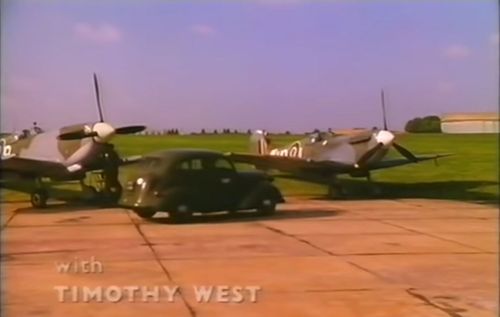 Supermarine Spitfire Tr.9 reg. G-LFIX, c/n CBAF IX2111, serial ML407 built as LF Mk.IX and converted in 1950 as a trainer to be sold to the lrish Air Corps. Military duty ended in 1962. In 1979, her third civil owner started heavy restoration to flight condition and her second maiden flight occured on 1985.
Seen here (left) wearing the code WO°T with a tarpaulin to hide the rear cockpit ... alongside Spitfire Mk.IXc serial MH434 ZB°D. 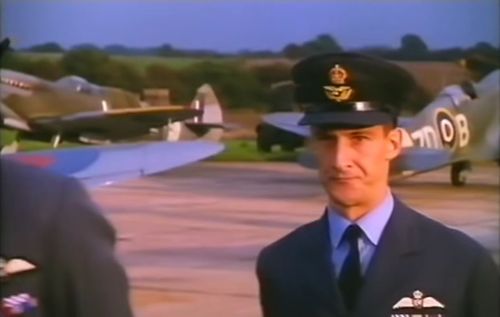 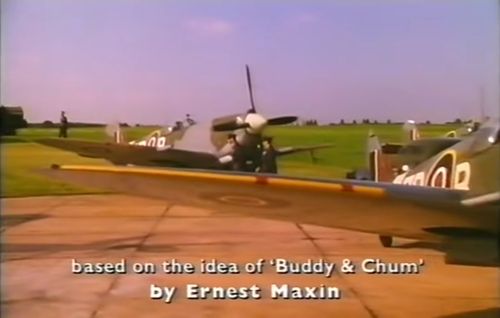 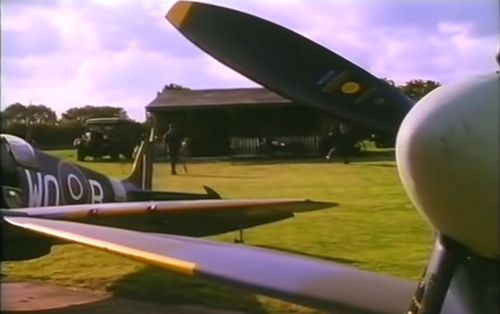 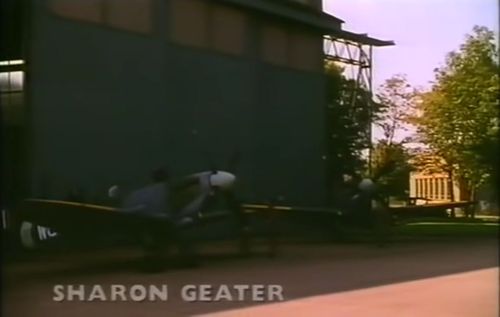 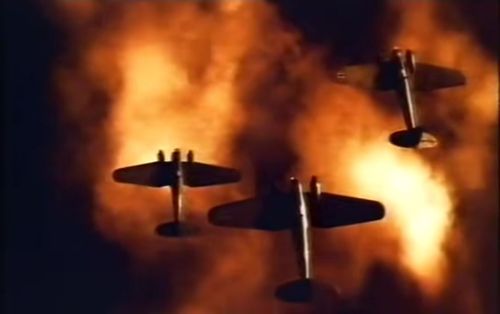 Poor VHS quality and blurred background doesn't help to be sure about this picture on the wall : Handley Page H.P.42 or H.P. 45 ? 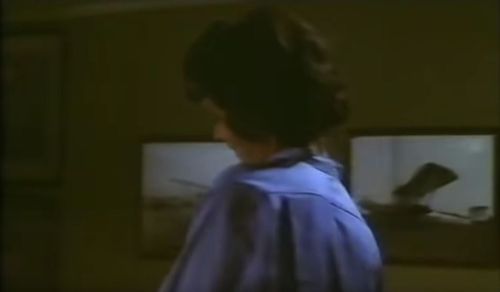 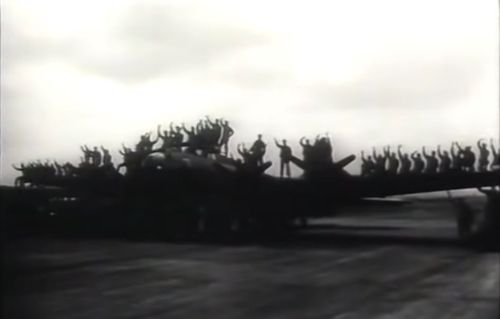 Only Boeing B-17G s/n 44-85784 reg. G-BEDF was used for filming. Built in 1945 and actually usually known as Sally B, she was adorn with the serial of the real Memphis Belle (41-24485) (please note that this aircraft is seen in other movies; read it at IMPDb: Frequently Seen Aircraft (Military Fixed-Wing), G-BEDF section). 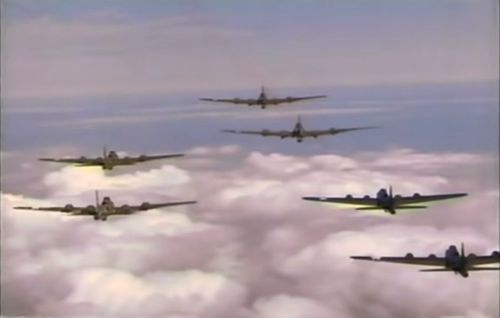 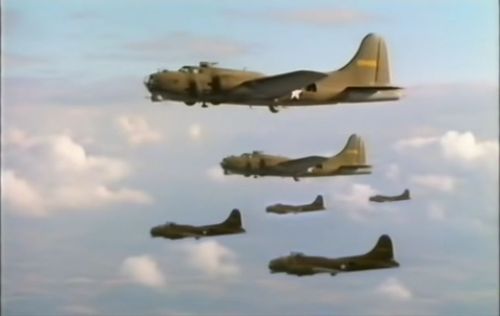 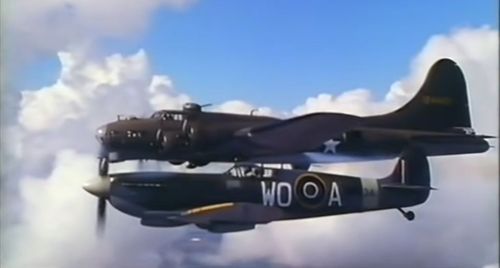 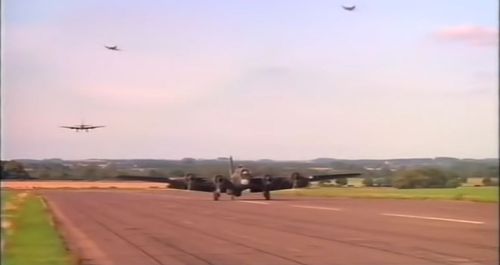 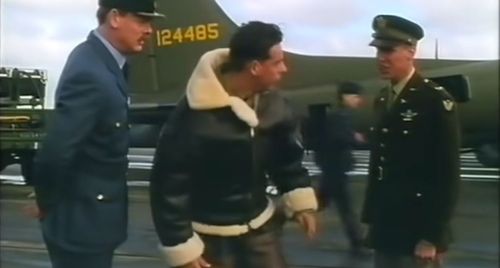 Messerschmitt Bf-109G-2, G-USTV, c/n 10639 aka Black 6 (with Sqn Ldr Dave Southwood at the controls) is only seen on this front shot due to her desert paint sheme unsuitable for action over East Anglia !
A picture of G-USTV aka Black 6 is seen too in episode 81 of Aerines siopes. 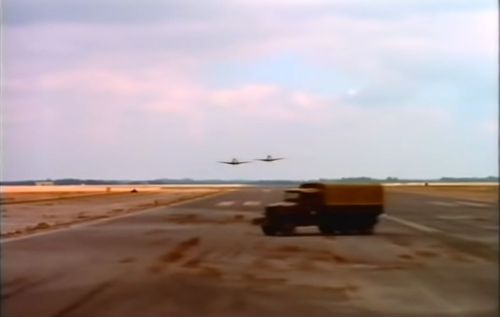 Most of the close ups are showing the Hispano Aviación HA-1112-M1L (or C.4K-40 for Ejército del Aire / Spanish Air Force) c/n 213 (registration D-HDME ; was D-FEHD for her second maiden flight) after heavy work to convert her into a Bf 109 G-10, a late war variant anachronistic for May 1942 !
Same aircraft in other movies at IMPDb: Frequently Seen Aircraft (Military Fixed-Wing). 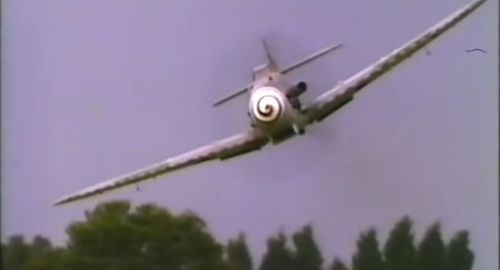 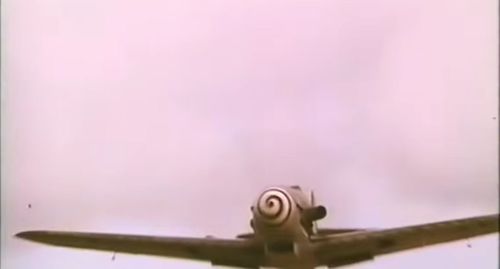 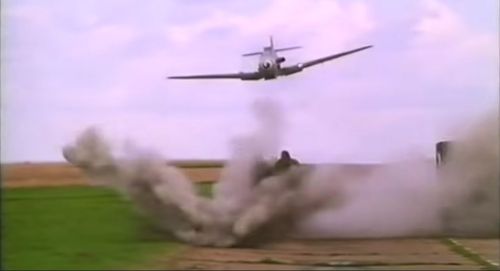 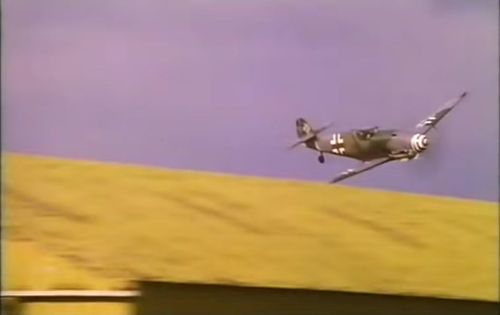 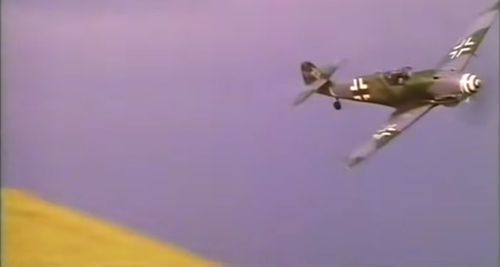 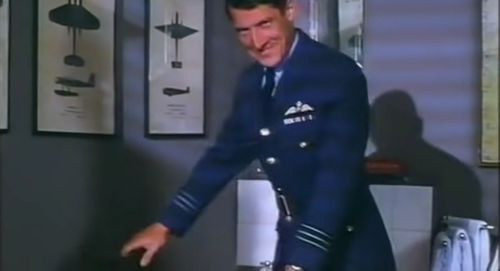 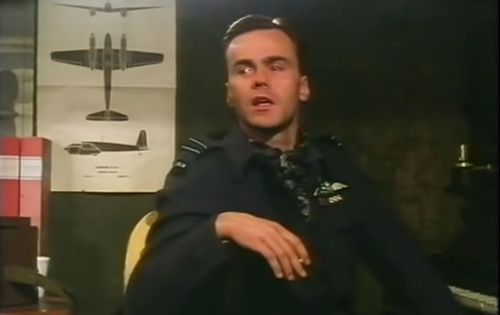 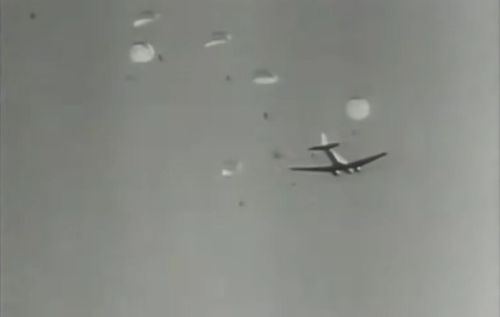 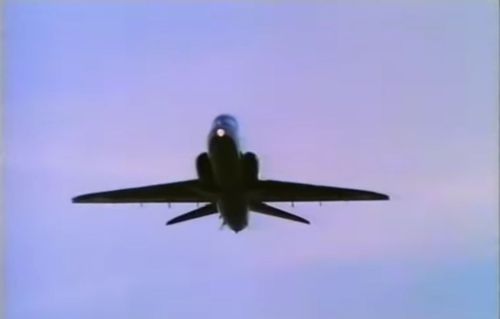