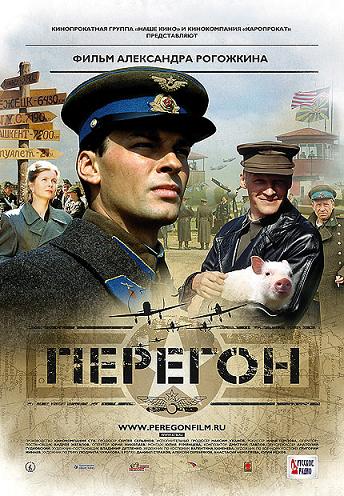 
The film reveals the story of three nationalities, three cultures, three mentalities that have faced on the ground of World War II.
The action takes place in Chukotka in 1943 where american WAAF pilots deliver Airacobras. Between the officer and Soviet pilots and their American counterparts, feelings erupt, but their love encounters many difficulties and obstacles because of national differences.
And the local people live their lives a simple and stable, in which there is no place for war and hostility between people. Huskies can't understand why the whole people to kill each other because of some ephemeral objectives and principles. In their view, you can kill an animal to eat his flesh and use the skin and fur, but they see no point in killing unnecessarily, especially in the murder of his own kind.

It seems that no flyable Airacobra has been use. Airial views are captured with blue/green background. Except a landing where this Yak-18 simulates the fighter.

Playing the Douglas C-47 of the american team.

Despite a licence built of Douglas, the Lisounov has some specific characteristics as the cabin door, on the right side.

And a window added to the cockpit.

At right on the identification chart. On the left it's perhaps a Siebel Fh.104 Hallore

At left and center on the identification chart.