The Man in the Sky 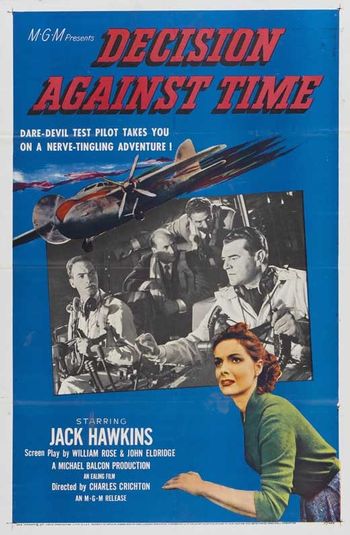 The Man in the Sky movie poster.

John Mitchell takes the only prototype of a new aeroplane for a flight, with Ashmore -a potential customer- and several others aboard. During testing, one engine catches fire. Ashmore and the others parachute to safety. But a neighbor warns his wife Mary Mitchell who runs to the airfield. 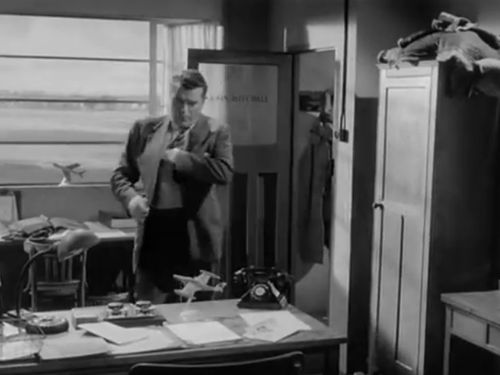 Reg. G-AIFV c/n 12781. Slighty damaged during the filming, the aircraft was repaired and flew with Silver City Airways until 1962. 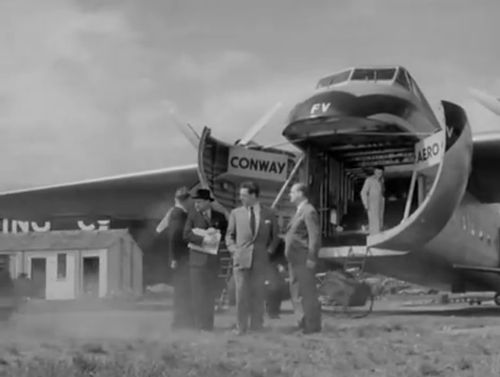 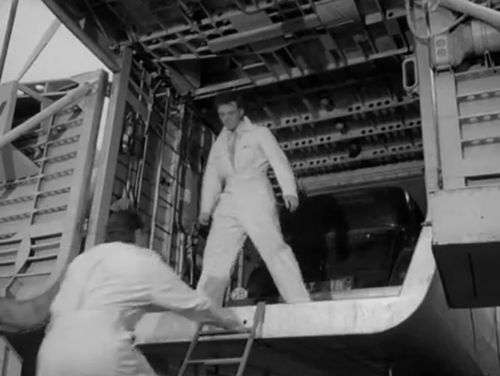 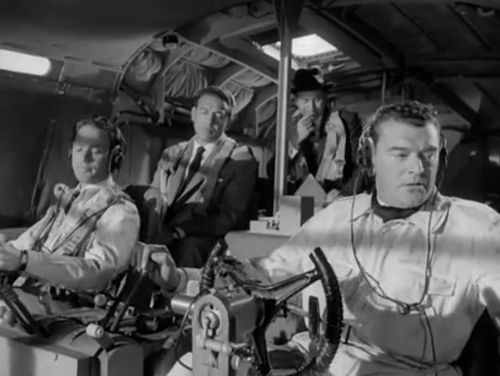 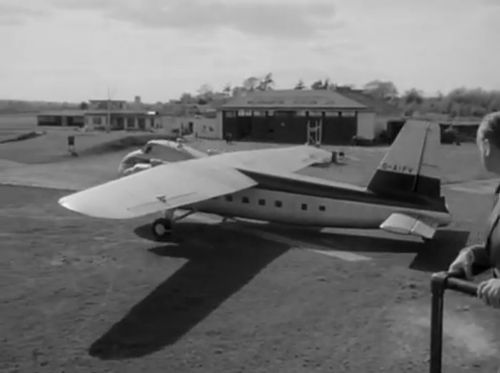 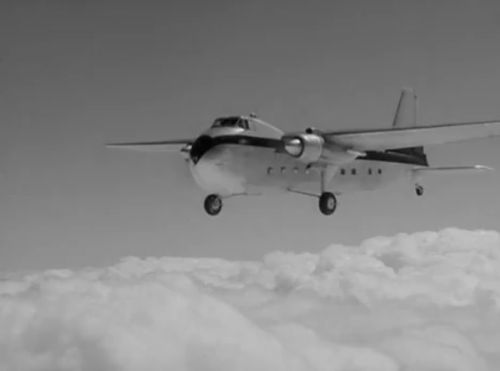 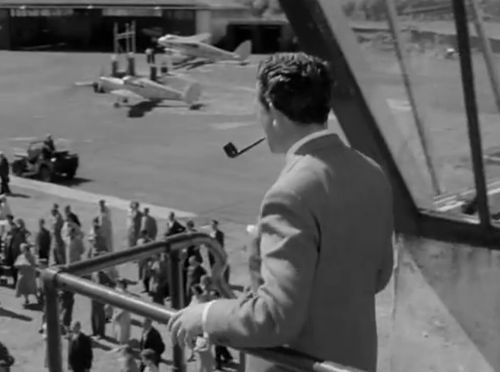