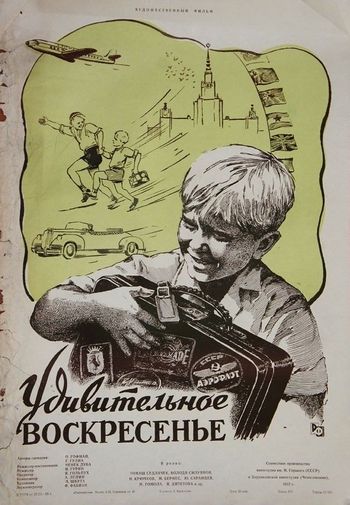 Russian language poster of the film.

A little Czech schoolboy Pepíček hides inside Soviet Tu-104 and, not being noticed by anyone, flies to Moscow, where 6th World Festival of Youth and Students is taking place.

A model hanging above Pepíček’s bed сlosely resembles Boeing B-17 bomber. The poster on the wall (right), although blurry, most likely shows one of de Havilland Comet versions. There are some other planes on the pictures, but they cannot be reliably identified due to picture quality. 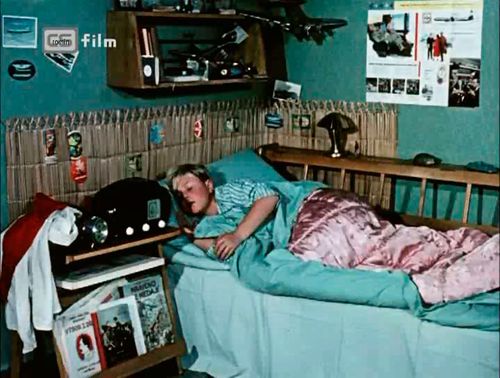 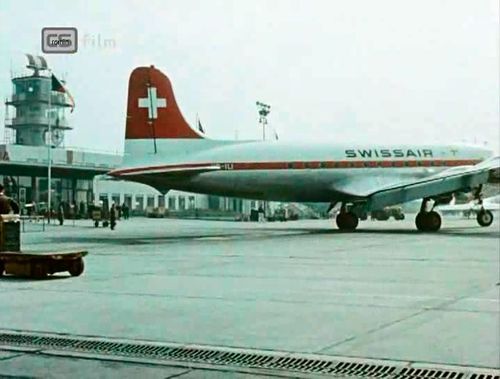 Could as well be the same plane. 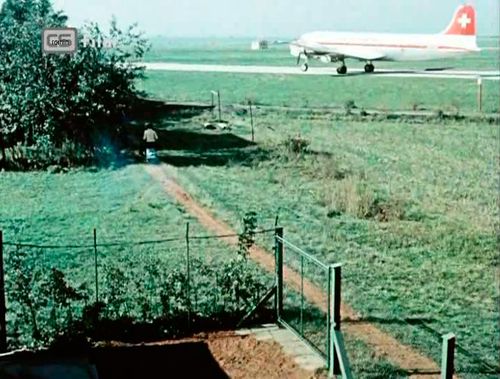 Il-12 of ČSA Czechoslovak Airlines in Vnukovo International Airport, with some other Il-12 behind. 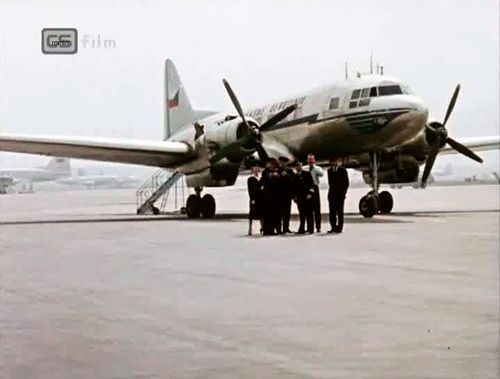 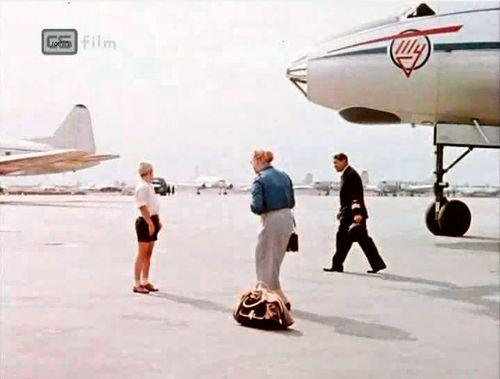 Il-14 on the final approach. 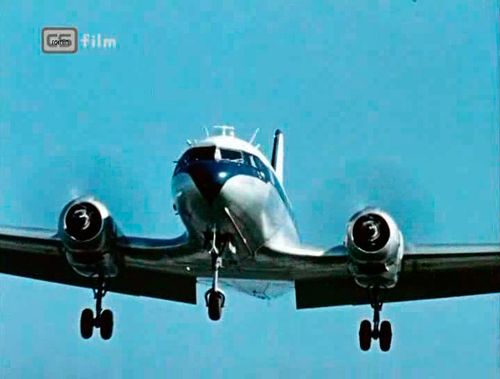 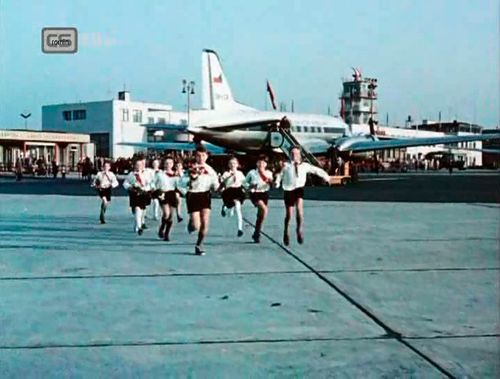 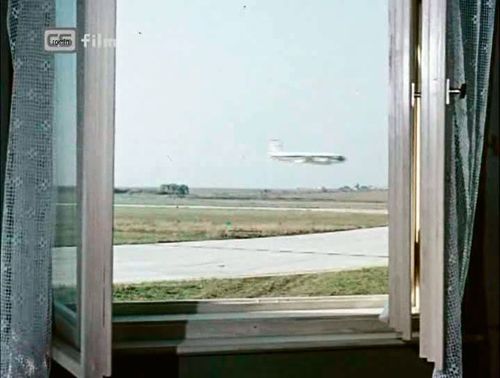 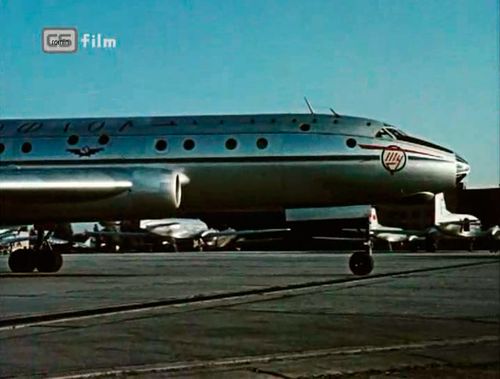 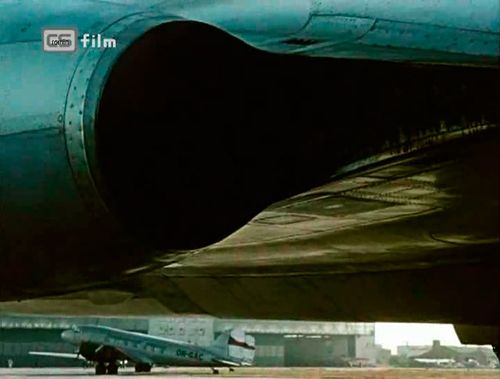 Li-2P of Aeroflot taxiing in the background in Vnukovo. 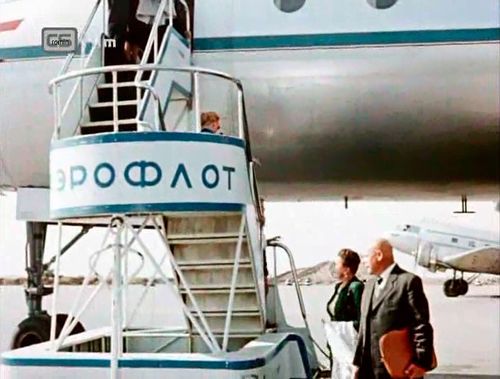 In this movie, Tu-104 can be considered one of the main characters. Many views of Tu-104 are featured, showing taxiing, take-off, landing and flight. All Tu-104’s belonged to Vnukovo Squad at the time of filming. 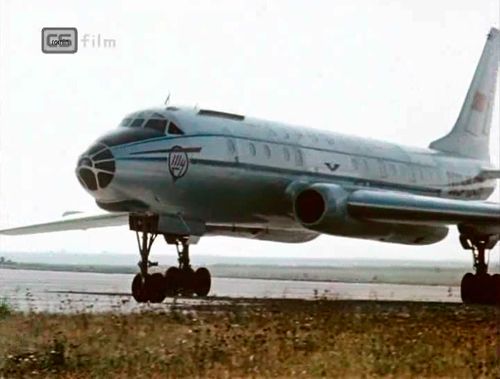 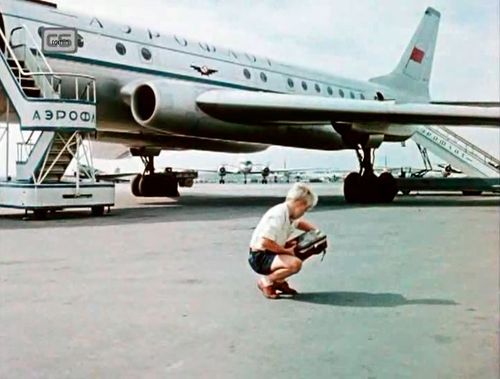 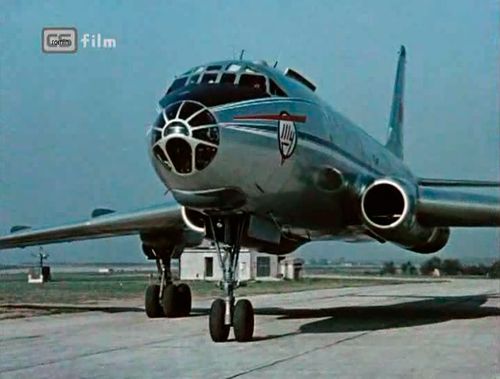 Some interiors are also shown. 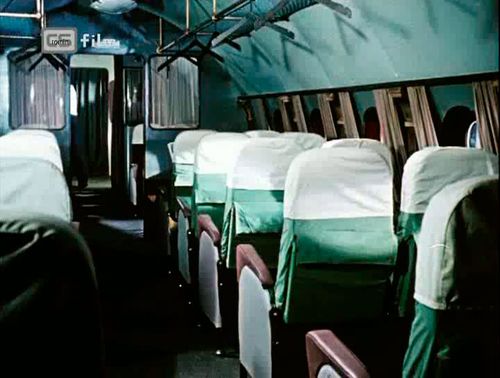 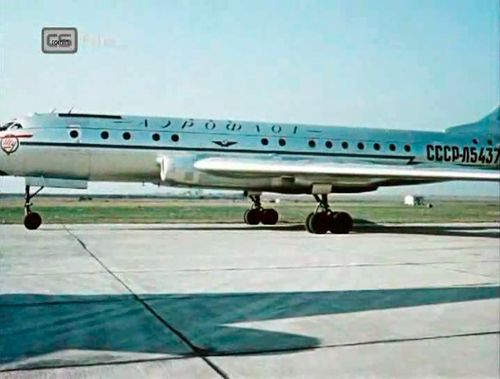 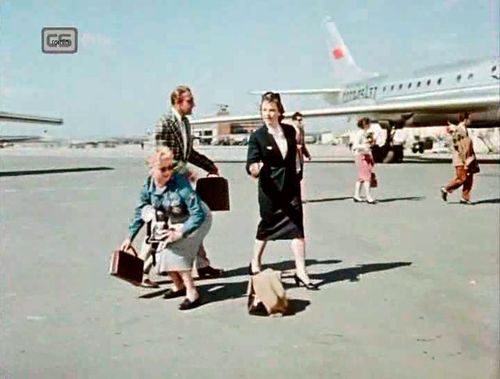 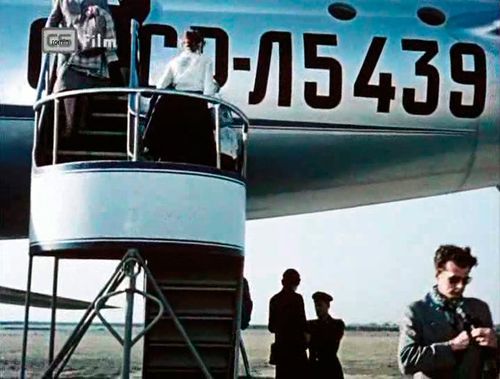 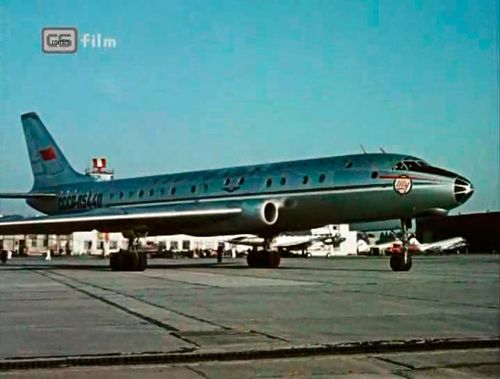 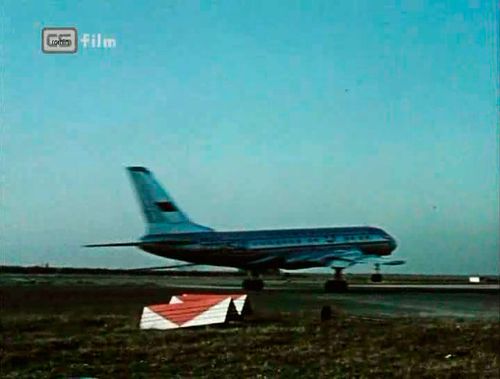 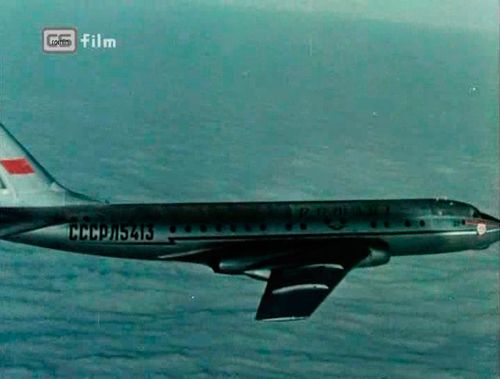