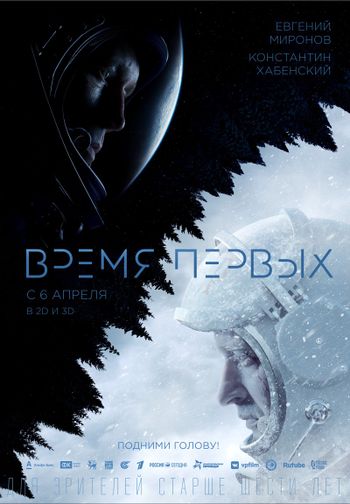 Reg. CCCP-42390 / SSSR-42390 Tu-104 c/n 8350705 was built in 1958 and saw military special flight service despite using Aeroflot colours and wearing a civil registration. Converted for Zero-G cosmonaut training and based at Chkalovski.
It arrived at Monino for display in 1979 but in a private area. In a poor condition, the movie is using CGI.

Surprising sight : the Tupolev Tu-126 was just put into service in 1965. A test aircraft was flying since 1962 but the airborne Liana radar had no look-down capability. So using it to detect the Voskhod (less three meters size) in heavy forest is very surprising ... if not just a fictitious event.

Flight from Perm to Baikonur. The real flight was done using an Antonov An-10. 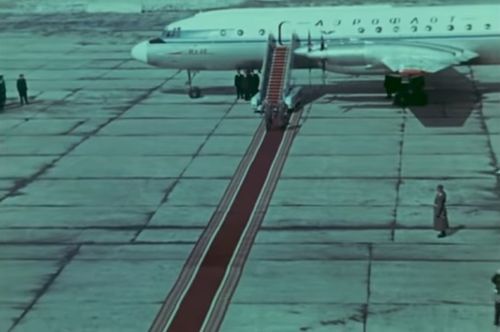 Anachronistic background as the Ilyushin Il-76 maiden flight was only on 1971. 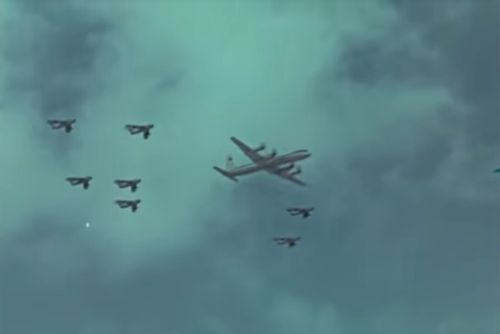 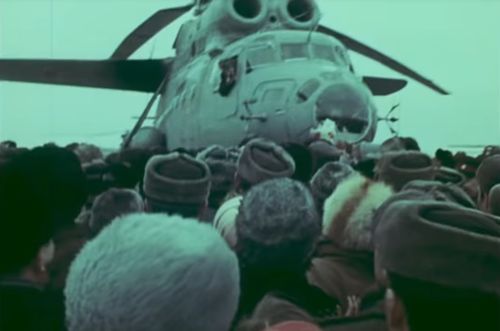 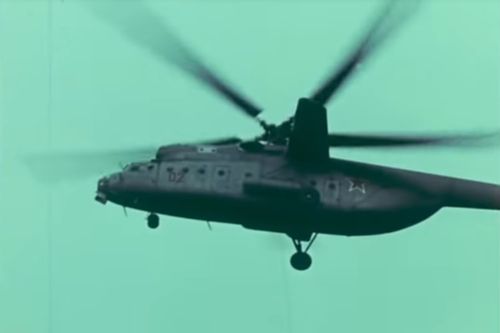 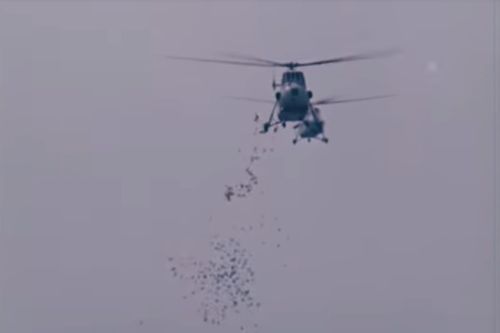