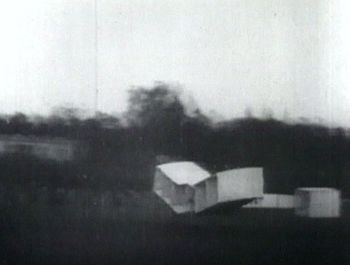 The 14-bis (Quatorze-bis), also known as Oiseau de proie (French for "bird of prey"), was a pioneer-era canard biplane designed and built by Brazilian inventor Alberto Santos-Dumont. On 23 October 1906, in Paris, France, it performed the first officially witnessed unaided takeoff and flight by a heavier-than-air aircraft. The aircraft flew for over 60 meters (200 ft) at an altitude of about 3 meters (10 ft). Its name is due to the non-rigid airship n° 14 under which it was hung for the first trials in order to simulate flight conditions.

This page lists all films that feature the Santos Dumont 14-bis.