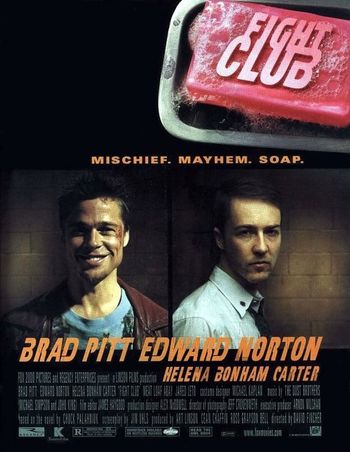 The planes below appear during the montage where the Narrator travels around the country looking for Tyler.

McDonnell Douglas MD-11 of American Airlines. Boeing 757 on the right.

On the left, with the AOM's logo on the tail.

This shot is used when the Narrator returns home after searching for Tyler.

The Narrator dreams about this small jet colliding with the plane he's in (probably CGI).

The plane the narrator is travelling in when he dreams of a mid-air collision and wakes up to meet Tyler Durden for the first time. Presumably filmed in a plane interior set with CGI used for the collision scene.