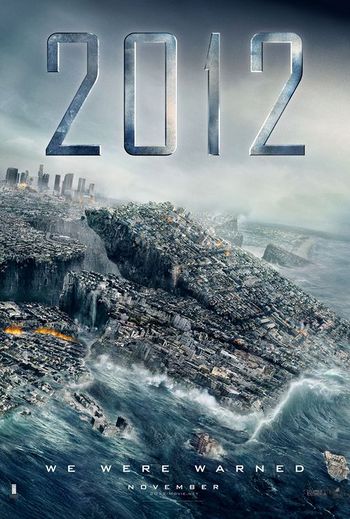 An epic adventure about a global cataclysm that brings an end to the world and tells of the heroic struggle of the survivors.

Behind 'Air Force One' is an Airbus A380 mocked in British Airways livery. As this is set in 2012, it wouldn't be an anachronism except the deliveries were pushed back until 2013.

Although they marked this plane as an Antonov 500, there's no such plane. Also, this plane is from Ukraine, not Russia.

This plane was suppose to be used to transport a bunch of exotic cars to a car show.

Probably CGI, but the actual Air Force One doesn't have windows on the top deck (port side).

This Cessna was manufactured in 1979. Notice the registration N340SB.

Just about visible in the bottom right corner of the TV footage.

Being washed away on the aircraft carrier. 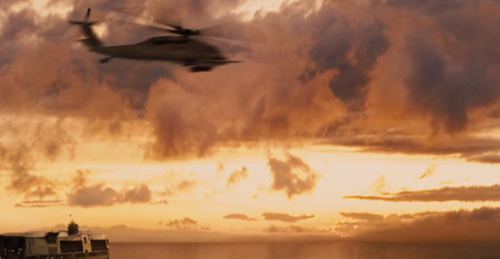 Mocked up to be Russian Air Force helicopters.