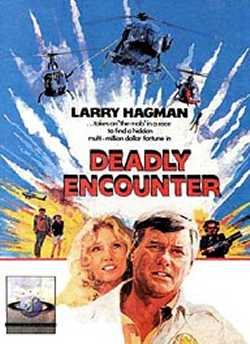 Helicopter pilot Sam finds himself up against a ruthless gang of drug dealers.

Reg. N4EE, Serial 113-0537S.
Sam's helicopter used throughout the movie. It takes a lot of punishment before being finally brought down by gunfire. Sam manages to land the disabled chopper safely, though. 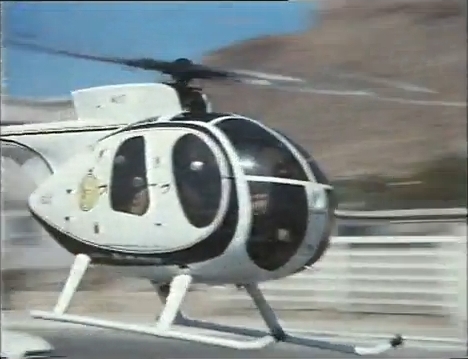 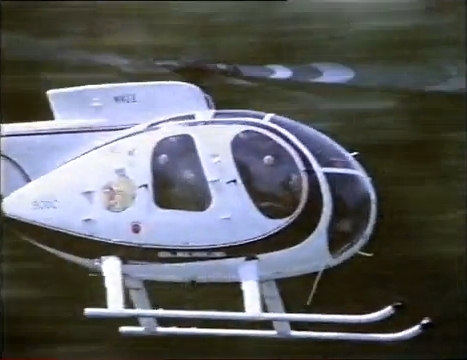 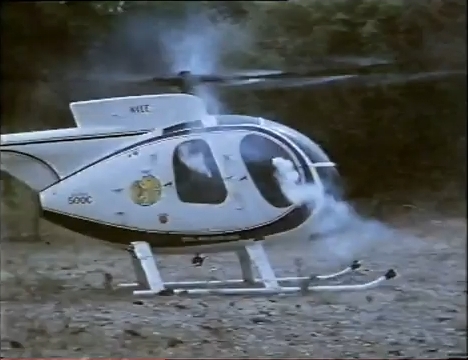 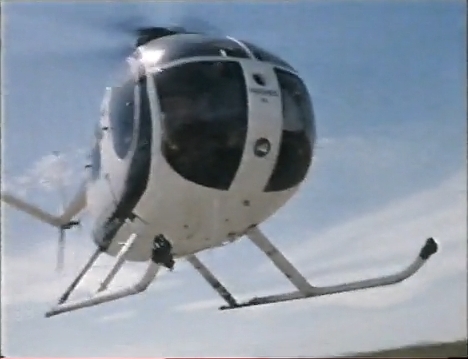 Used by Zervasco's henchmen throughout the movie. One is Reg. N62345 s/n 2407 (even though Sam claims the numbers have been painted out), the second (not shown) is Reg. N62250 s/n 2334 (Same aircraft in other works at IMPDb: Frequently Seen Aircraft (Civil Fixed-Wing)). The red one is accidentally disabled by gunfire from the gray one; the gray one crashes into a cliff. 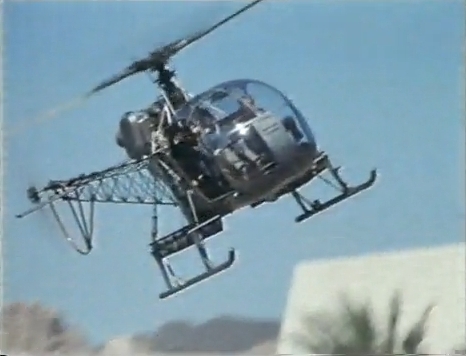 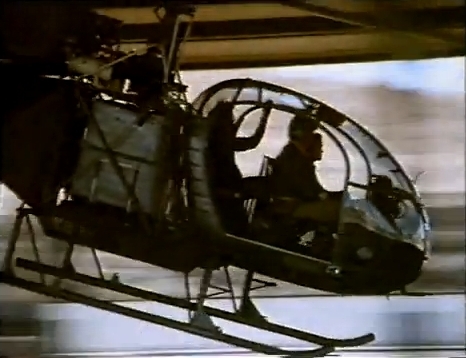 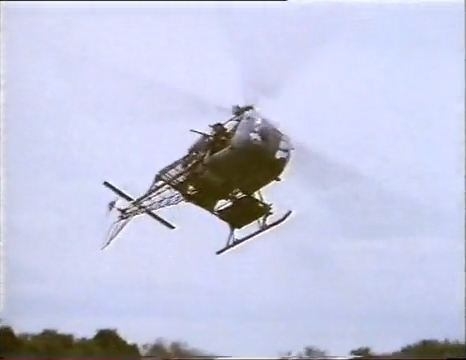 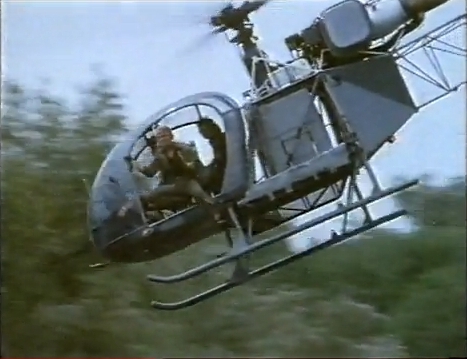 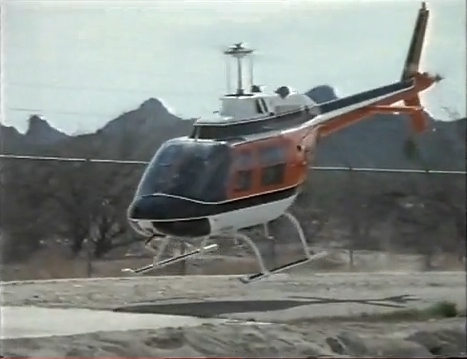 Reg. N341BB Sud-Aviation SA 341G Gazelle s/n 1145.
Zervasco's helicopter. Sam steals it after his Hughes is shot down by climbing aboard it in mid-flight and throwing Zervasco and his pilot out. 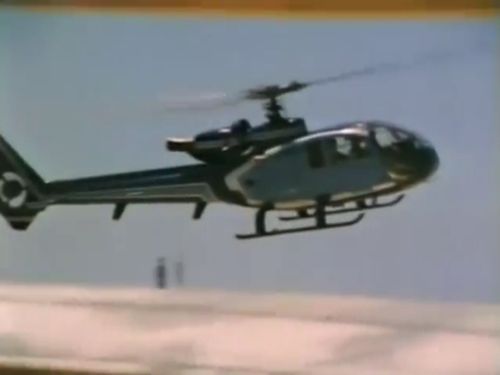 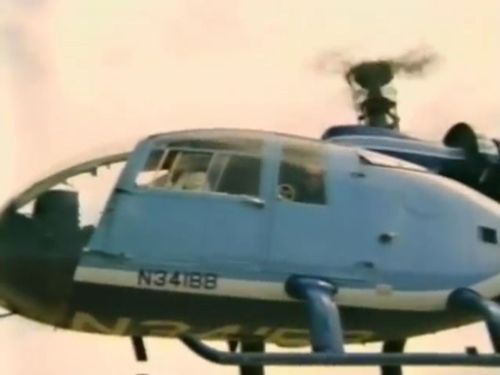 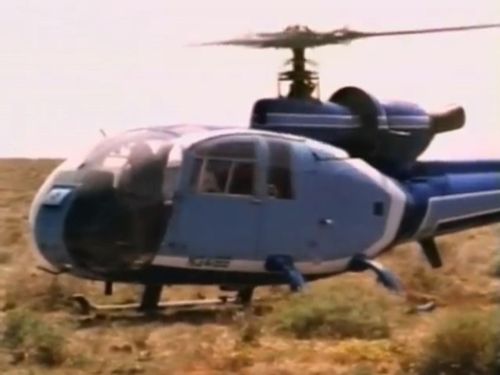 Reg. N4766V Stearman Boeing E75 PT-13D c/n 755488 (former 42-17325 when on duty with the USAAF) is acting as Sam's biplane and flown by his old war buddy Frank at the climax.
Same aircraft in other movies at IMPDb: Frequently Seen Aircraft (Civil Fixed-Wing). 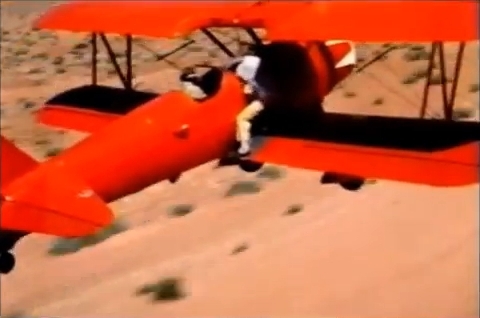 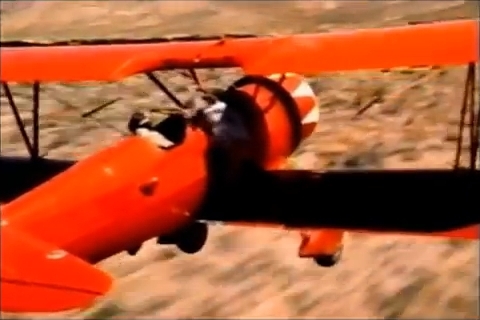 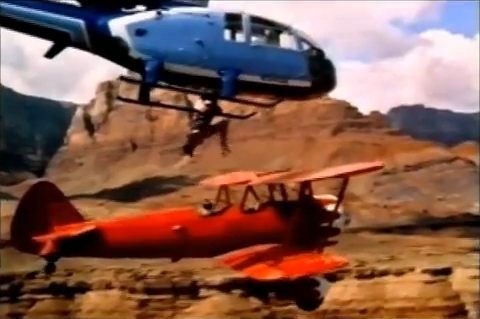 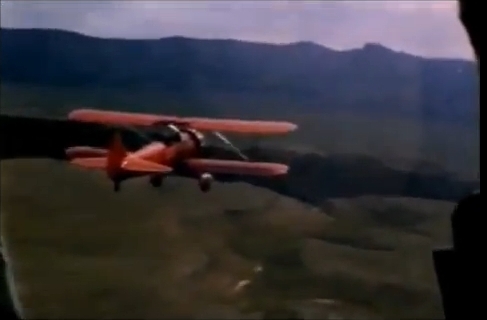 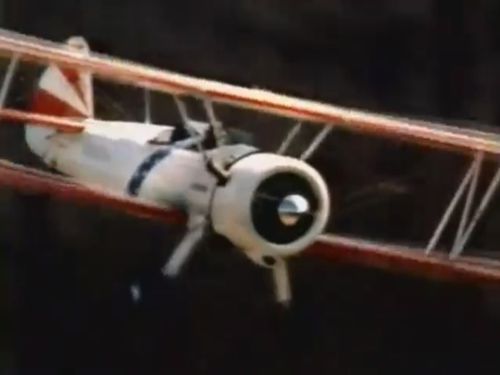 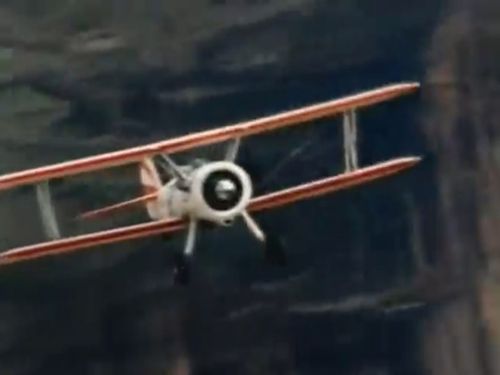 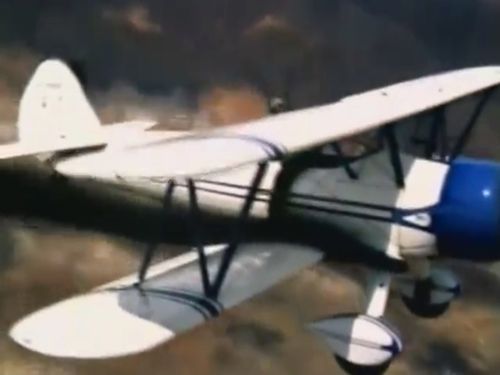