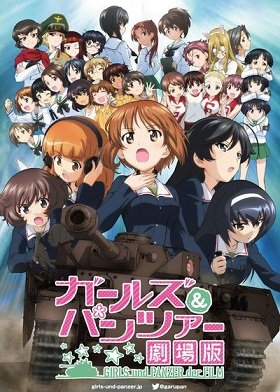 Ooari must face off against a university-level Senshado team to prevent their school from being shut down. 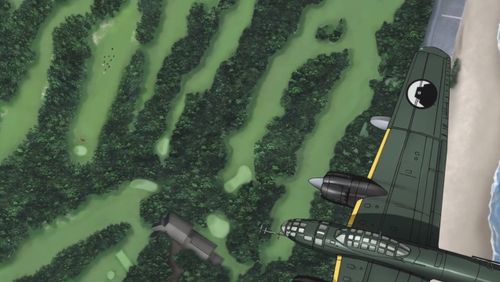 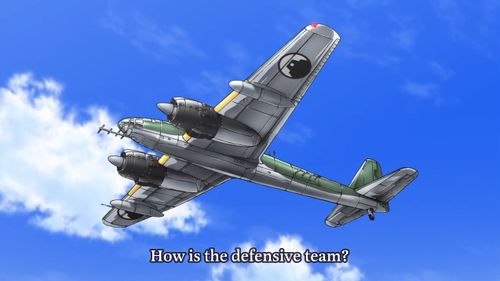 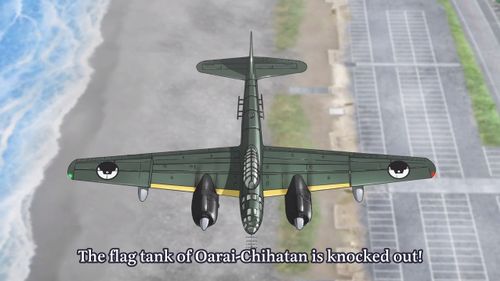 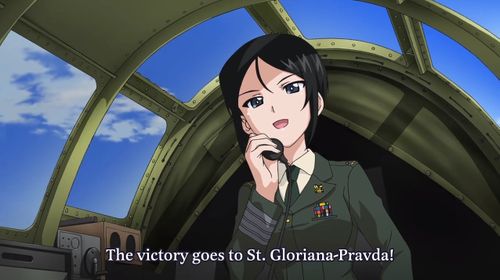 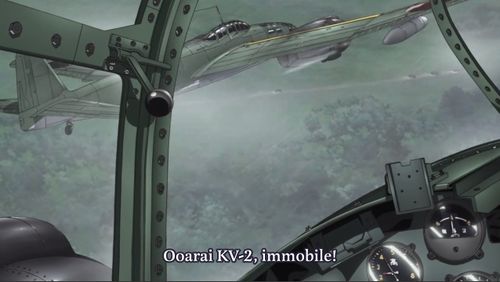 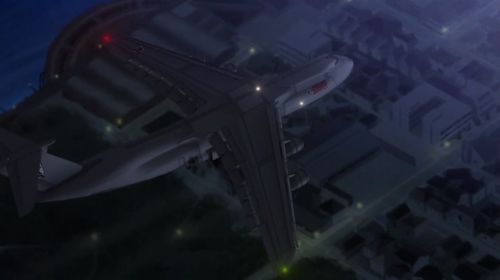 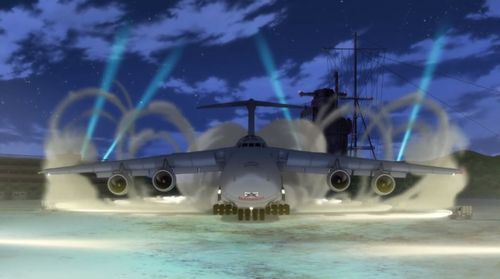 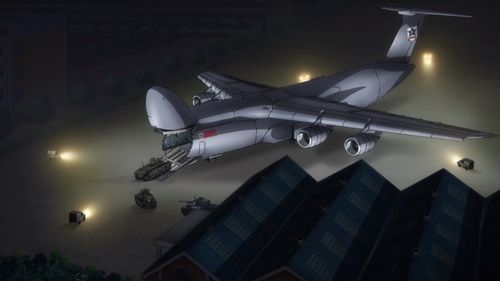 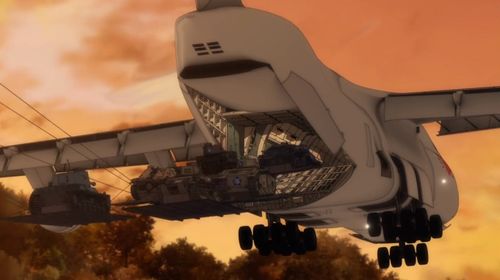 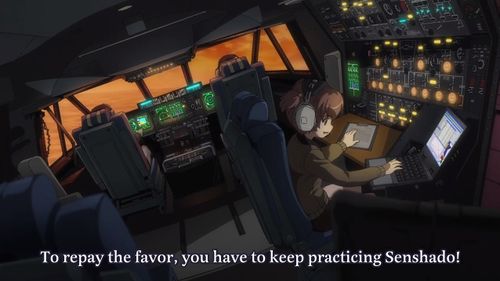 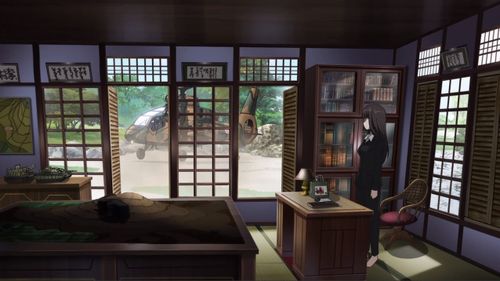 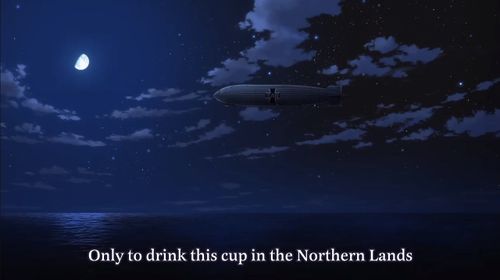 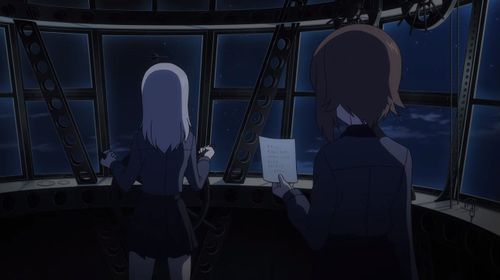 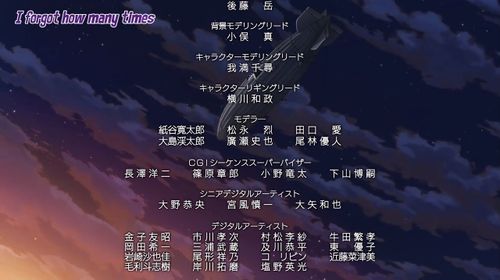 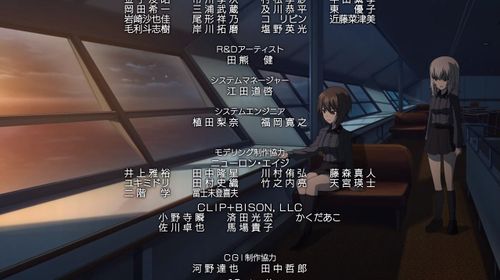 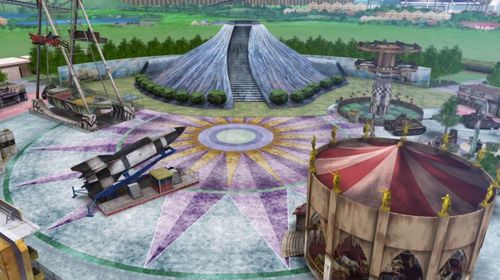 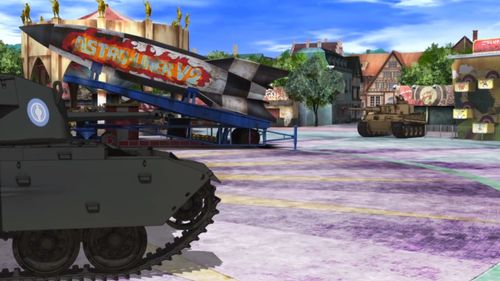 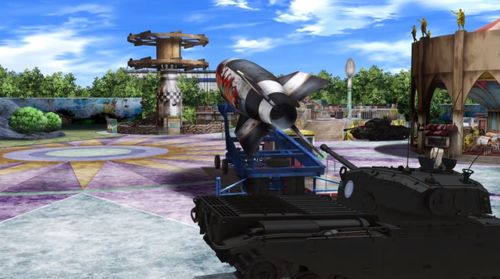 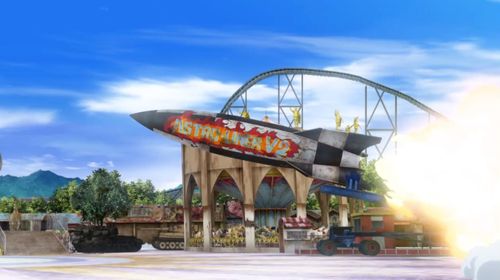 A stall called "Escape House" in Japanese, featuring several references to The Great Escape, including a crashed Bücker Bü 181 on the roof. 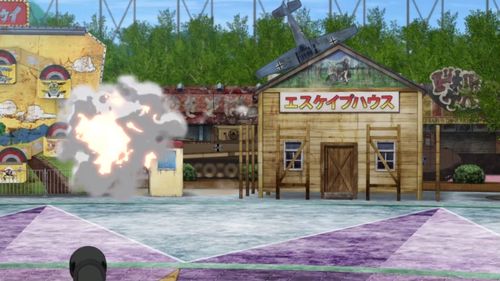 Seen in a advertisement for the "Flying Pancake" food stall, above the Tiger tank. 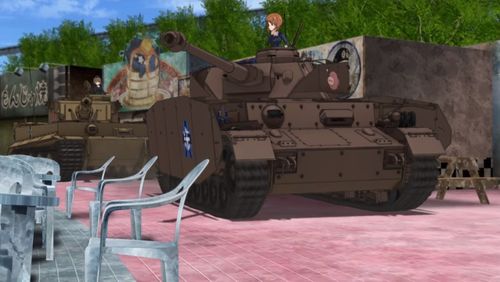 Attached to a pirate ship ride named and based on the HMS Furious. 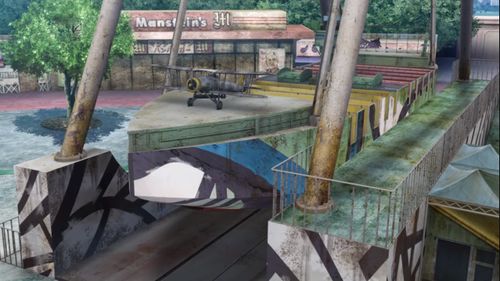 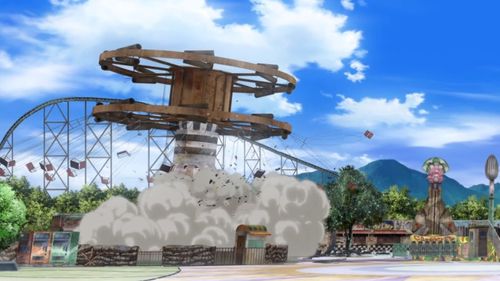 Two seen on a stall behind the Centurion tank. 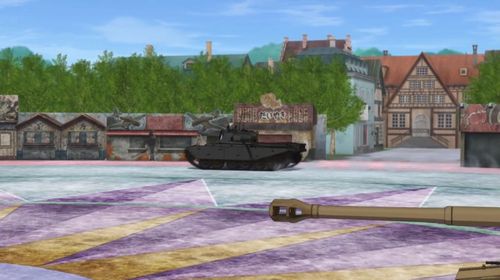 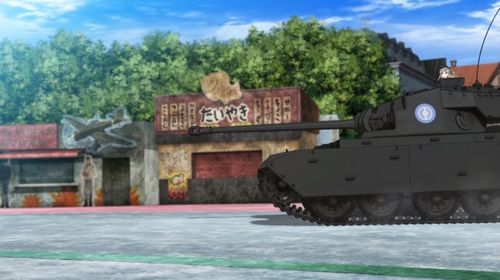