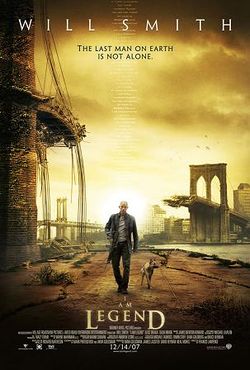 Theatrical release poster for I Am Legend.


A virus outbreak starts wiping out the earths population, but one man stays behind after the rest of New York is evacuated in an attempt find a cure for the virus and save human society.

This aircraft is a precursor to the SR-71 Blackbird.

Crashed on a building rooftop.

Two different aircraft can actually been identified here. One is used to try and evacuate Neville's wife and daughter in a flashback scene.

Although almost impossible to identify the basic shape can be identified in slow motion shots.

Another helicopter being used for evacuations. When too many panicking people try and get aboard, it spins out of control and flies into a Coast Guard chopper. 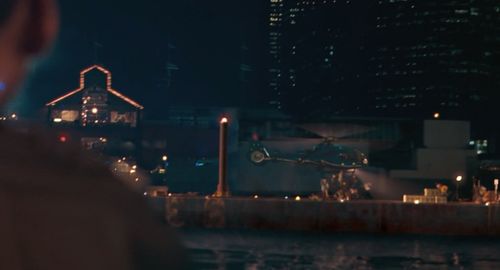