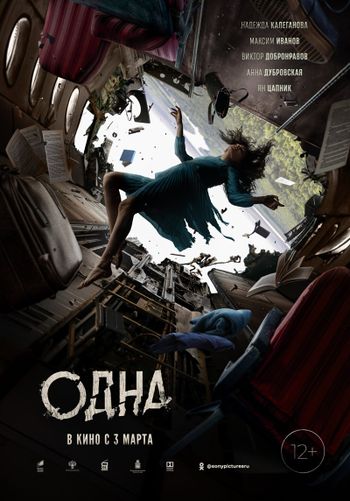 
24 August 1981 : back from their honeymoon, 20 years old Larisa and her husband are onboard Aeroflot flight 811. Thirty minutes before landing, the Antonov civilian aircraft collided with a Soviet Air Force bomber ...
Note: This film utilises a significant quantity of Computer Generated Images (CGI). Aircraft portrayed in this film may not be entirely accurate and have been identified as closely as possible to real aircraft. 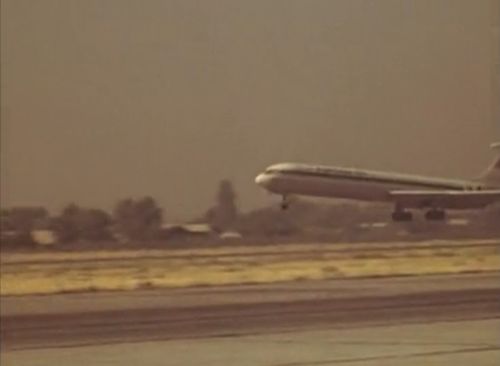 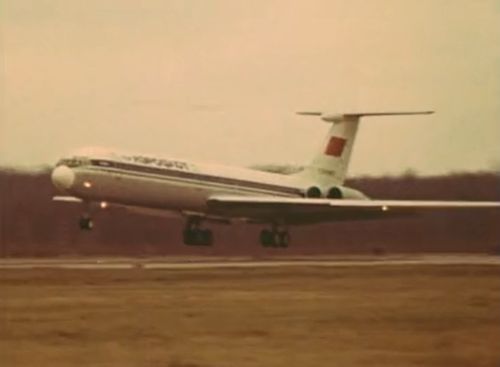 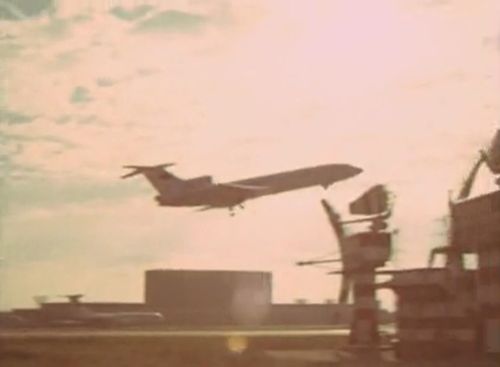 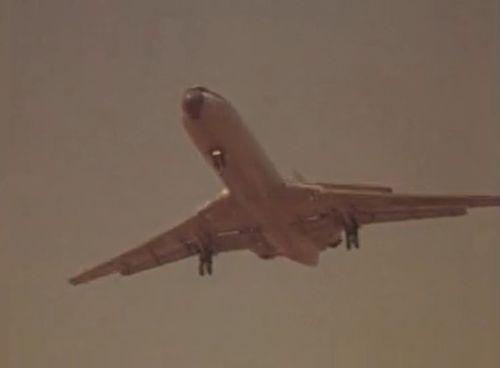 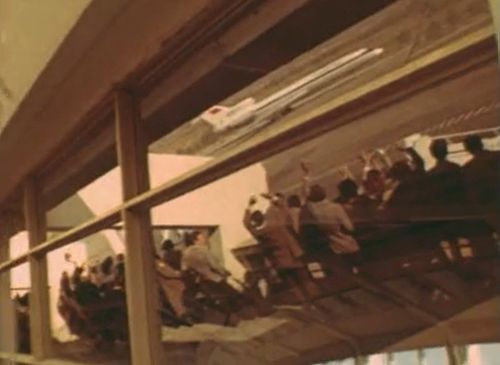 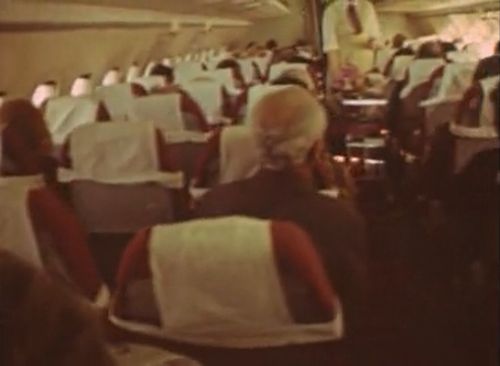 At Komsomolsk-on-Amur Airport also given as Khurba Airport (IATA: KXK / ICAO: UHKK), 15 kilometers (10 miles) south of the city.
This Il-18 gate guard is not found on google maps, staying in a place used by what seems to be a kindergarden (Детский сад) or an elementary school yard. 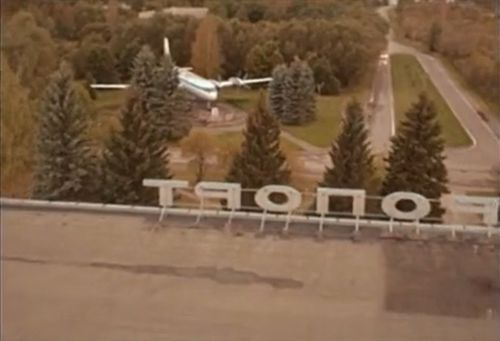 The cabin looks like an Antonov An-24 but the aisle is way too wide.

Larisa and Volodia are watching the movie Чудеса ещё случаются (I miracoli accadono ancora / Miracles Still Happen) a movie issued in 1974 about the crash of LANSA Flight 508.

Action when the wing is breaking...

Anachronistic ?!
In 1981, the type was just introduced (Flight 811 accident occured in August with the first Mig-31 delivered to operational unit four months before in May).
So, in place of Mikoyan MiG-25s or not ?

Wearing the colors of Aeroflot. 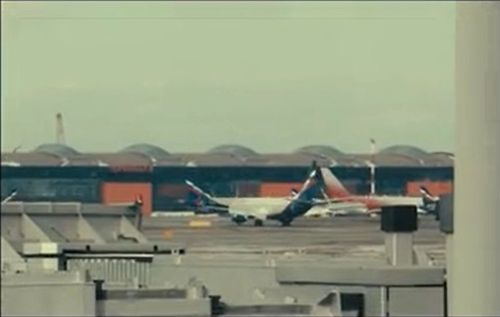 Seen during the credits.