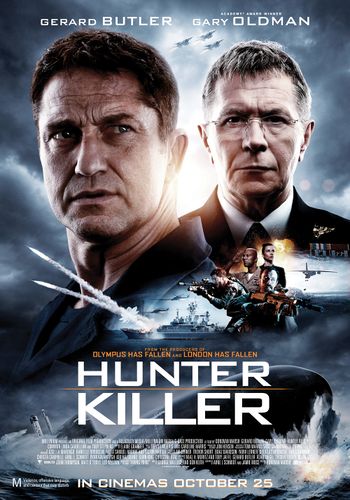 (left) Two in the distance.

Next two are CGIs.

The three Eurocopter AS565 MB Panther are disguised in Russian Navy helicopter. Few weeks later, on 9 June 2017, one of them was lost at sea during "Black Sea-2017" Bulgarian Navy's exercise.

Next scene and we see again an American aircraft, a Boeing F/A-18 Super Hornet; please note the different castle in the background.

On the deck, a Kamov Ka-27 (or derivative) blade folded and one folded wings Sukhoi Su-33 (hidden by the lateral wingtip container on this screenshot).
Footage reused for Nebo.