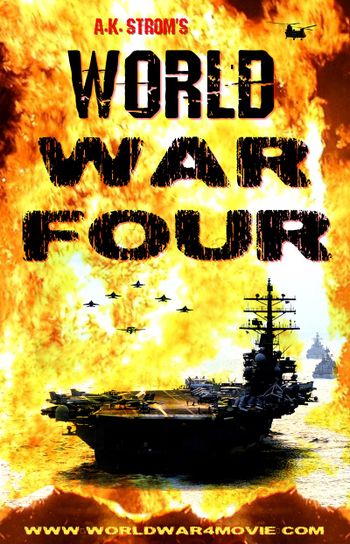 In a near future, crisis are increasingly common : Lybia, North Korea, elsewhere ... USA are on all front. FBI is on the edge, suspecting a malicious spirit trying to create situation leading to a nuclear conflict.
(Please read the discussion tab).

1 : Grumman C-2 Greyhound;
P : Northrop Grumman EA-6B Prowler;
2 : two E-2 Hawkeyes, a third one pointed by the arrow;
Under the 76 (for Hull number: CVN-76) are three Sikorsky SH-60 Seahawk all fold with a fourth one in front of the Hawkeye and a fifth flying as pedro (yellow ring).

A Boeing F/A-18F Super Hornet is launched in front of the two E-2 Hawkeyes (R to target the rotodome) and two Sikorsky SH-60 Seahawks (yellow ring).

Aboard USS Nimitz (CVN-68) a Northrop Grumman E-2 Hawkeye is ready for launch alongside two Sikorsky SH-60 Seahawks. Others airframes are Hornet or Super Hornet.

Inflight refueling on the left.

With a Bell AH-1J/T in the left background.

Box of Lockheed Martin F-35 (B ?) over USS Bonhomme Richard (LHD-6).
On 12 July 2020, a fire that lasted four days started aboard LHD-6 leading to extensive damages and so eventually the ship was decommissioned on April 2021.

The usual aircraft of the supercarrier's air wing are on the deck. Only the Northrop Grumman E-2 Hawkeye could be easily identify by its folded wing and rotodome.

According the narrator, this is a Mig-23.
First, Russian Air Force has no longer Flogger on strength since 2004. And the shape is twin-tailed like a Sukhoï Su-27 ...

F-16A of Luchtcomponent / Composante air (Belgian Air Force) upgraded by Mid-Life Update M6.1.
Maybe FA-94 (read : FA-54 ... but this aircraft was destroyed in a mid-air collision on October 1986 before MLU).
Note that the scrambling pilot is boarding FA-57 ... 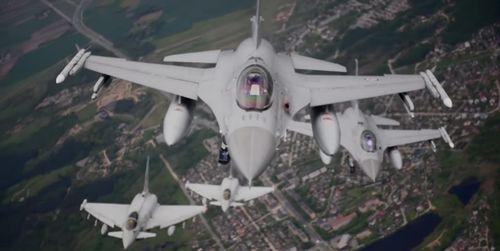 Lockheed F-117 Nighthawk probably during an air raid over Iraq. The type was retired on 2009 (even some isolated flights are made from time to time).

Flipped image (note the tail rotor on the ... right !